The NY Post reports: New York City received only $7 million of the $35 million it requested to cover Donald Trump’s security bill because Mayor de Blasio’s pitch to Congress came in late as a “back of the envelope” estimate, according to congressional sources.

“We have not received real estimates from the city as to the actual costs,” one Republican source said Wednesday. “The $35 million was a sort of a back-of-the-envelope number thrown out by the Mayor’s ­Office.”

De Blasio’s disparaging statements about Trump didn’t help. There was “little appetite” to “bend over backwards” for the mayor, the GOP source said. The mayor said Wednesday he was still hopeful of getting the full tab reimbursed.

“Not happy with round one, but it’s only round one. This ain’t over yet,” the mayor said on WNYC radio. “There will be another bite at the apple a few months down the line.” Read more: NY Post

Hezbollah Leader Nasrallah: IDF Has Turned Into A ‘Hollywood Army’ 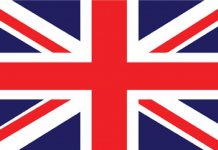