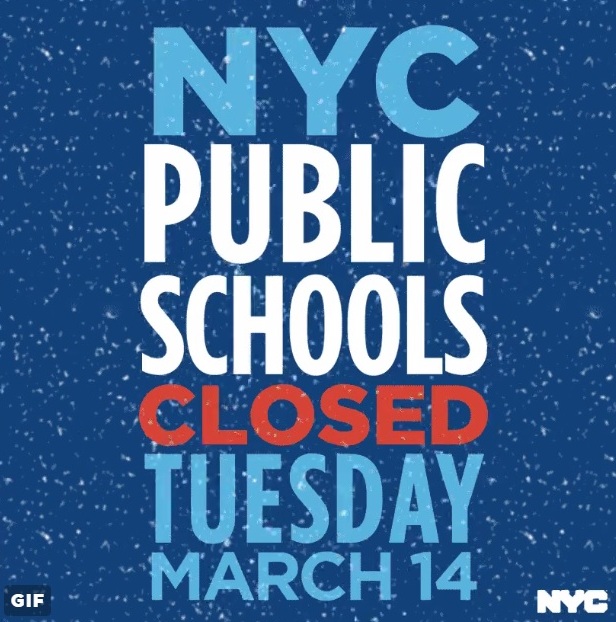 New York City Mayor Bill de Blasio announced that New York City public schools will be closed Tuesday as a powerful nor’easter that could bring blizzard conditions and more than a foot of snow bears down on the area, CBS NEW YORK reports.

A blizzard warning is in effect for the lower Mid-Hudson Valley, New York City, western Long Island, parts of New Jersey and Connecticut from late Monday night through Tuesday night.

Winter storm warnings and watches were issued for the remainder of the area. Meteorologists said the storm could dump 12 to 20 inches of snow in some spots with wind gusts of 40 to 50 mph.

Light snow is expected to begin late Monday night and intensify overnight into early Tuesday morning. The heaviest snowfall is expected Tuesday morning through the afternoon, with snowfall rates of as much as 2 to 4 inches per hour. Read more at CBS NEW YORK.