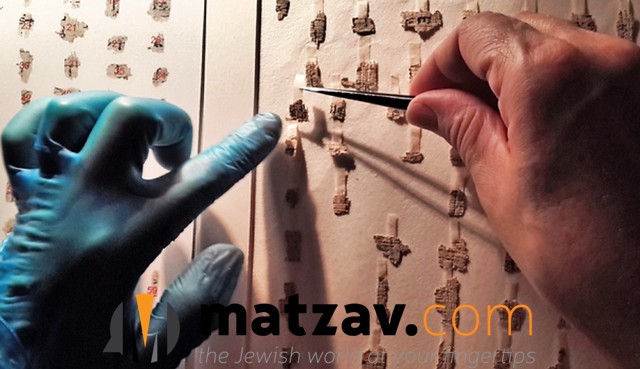 Computer scientists and Dead Sea Scroll scholars are beginning a new project in which they will upload the Dead Sea Scrolls to a special digital working environment. This will enable more in-depth study of the scrolls and better innovative analyses and insights into the ancient manuscripts seventy years since the discovery of the scrolls in 1946.

The new project will develop advanced digital tools to help identify connections between the thousands of tiny biblical scroll fragments and manuscripts found in the Dead Sea Scrolls. It aims to create a dynamic virtual work environment that will enable the production and publication of a new generation of updatable digital editions of the scrolls.

The program will also offer paleographic tools and an alignment tool connecting text and image that will enable simple transitions between different databases. Readers will be able to access the original text of the scroll, up-to-date translations, high-resolution images, dictionary entries, and parallel texts.

The project will enable scholars around the world to work together simultaneously on an enhanced hands-on virtual workspace. It will also serve as a new platform for the collaborative production and publication of new editions of the scrolls.

The collaborative research partnership will link the Qumran-Lexicon project of the Göttingen Academy of Sciences and Humanities (Germany) with the Leon Levy Dead Sea Scrolls Digital Library of the Israel Antiquities Authority (IAA). Computer scientists, Dead Sea Scroll scholars, and experts from the IAA, Haifa University, Tel Aviv University, and the Göttingen Academy will all be involved. The partnership received EUR 1.6 million in funding from the German-Israeli Project Cooperation program and is administered by the German Research Foundation.

The Dead Sea Scrolls are a collection of hundreds of biblical texts in Hebrew, Aramaic, and Greek discovered between the years 1946-1956 in the Qumran Caves near the Dead Sea. The scrolls date back to the last three centuries BCE and the first century CE and are considered to be the third oldest surviving manuscripts of the Hebrew Bible.