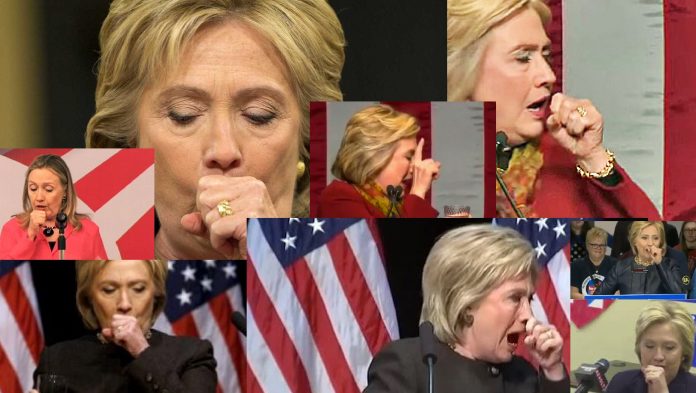 If presidential hopeful Hillary Clinton slips into a coughing fit or any other medical crisis during Monday’s high-stakes debate, she will have to power through, the DRUDGE REPORT states in an exclusive report.

“There are no commercial breaks,” a commission source explained to DRUDGE REPORT. “Period.”

Debate moderator Lester Holt does not have the authority to cut away from the stage during the epic 90-minute showdown. And microphone audio for either of the candidates is not to be manipulated.

Drudge says that Monday’s throwdown could top out at 100 million viewers, making it the biggest political event in history.

DRUDGE REPORT also reports that the presidential debate commission settled an early flashpoint when Clinton demanded a step-stool at the podium to add height to her 5’4″ frame. Campaign Chairman John Podesta expressed concern that Hillary would be dwarfed by 6’2″ Trump. The request was quickly rejected. The commission is allowing for a custom-made podium, which will accommodate the difference in stature.