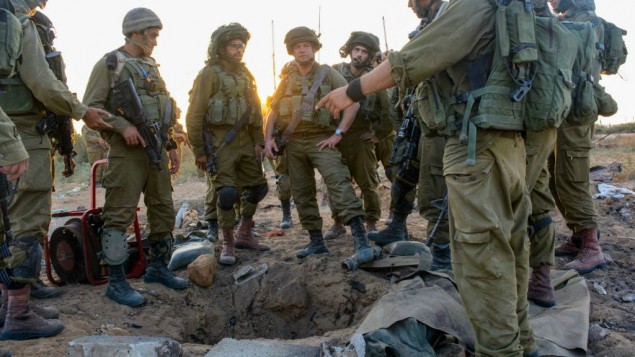 Israel’s Defense Minister Avigdor Lieberman told Israeli television that the Jewish state has developed cutting-edge counter-tunnel technology that will enable it to destroy all Hamas terror tunnels by the end of 2018.

Lieberman’s remarks followed last weekend’s detection and destruction of a Hamas terror tunnel running under the Egypt, Gaza and Israel borders. It was the third terror tunnel the IDF has destroyed in recent months.

“By the end of 2018, we will have eliminated all of Hamas’s attack tunnels. We may even manage to do so sooner, but the task is to destroy them all by the end of the year,” Lieberman said.

Despite Hamas’s continuous efforts to build tunnels, Lieberman assessed that the terrorist group will opt to exercise restraint rather than provoke a security escalation.

“I don’t think that Hamas is interested in war. I don’t think it has a different assessment than we do on how such a conflict would end,” he said.

Prime Minister Benjamin Netanyahu, who was on a state visit to India, also lauded on Sunday the IDF’s operations.

Maj. Gen. Yoav Mordechai commented on the tunnel’s discovery in an interview with the US-based Arabic-language satellite TV channel Alhurra, saying the IDF now has an “underground version” of the Iron Dome missile defense system.

“Israeli genius and the Jewish mind have found a solution to the terror tunnels, and just as we have Iron Dome as part of our defenses, there is a technological iron dome underground. I want to send a message to anyone who is digging these tunnels: As you saw over the past two months, these tunnels can only bring death,” he said.

Mordechai also warned that Israel has “intelligence about additional tunnels, and soon you will hear about their exposure.”