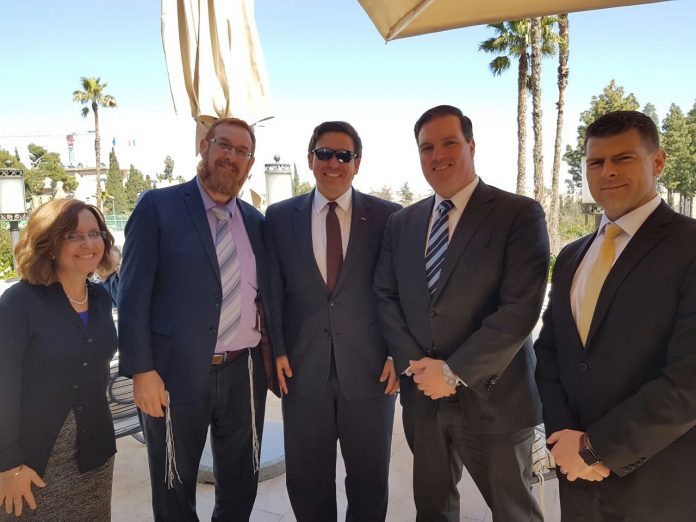 A congressional delegation from the United States is visiting Israel today to examine possibilities for relocating the U.S. embassy from Tel Aviv to Yerushalayim, i24 News reports.

The delegation of members of the Subcommittee for National Security of the House Oversight Committee is expected to meet with Israeli Prime Minister Bibi Netanyahu and other senior officials during their visit.

The group, led by Republican congressman Ron DeSantis of Florida, will also visit potential sites to house the embassy in Yerushalayim, so as to return to the U.S. “with an accurate analysis of the matter, in order to update the US administration and Congress,” according to a statement from Likud MK Yehuda Glick circulated Friday.

“Jerusalem has been the capital of the Jewish people for thousands of years, since King David. That’s a fact that nobody can deny,” Glick said after briefing the delegation on the city’s history and political significance. “Now is the time for the US president to keep his promise and the law passed by Congress in 1995 and lead the free world to recognize reality and declare Jerusalem the capital of Israel and the Jewish people.” Read more at i24 News.