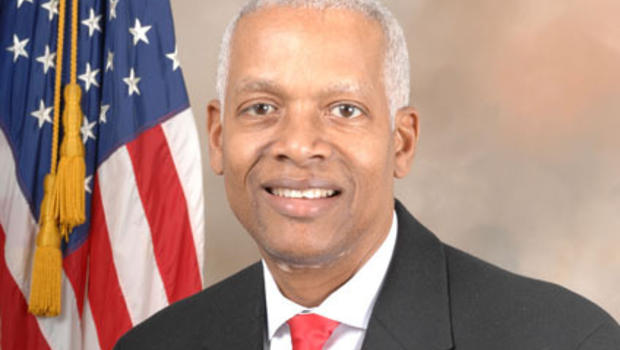 A Democratic member of the House Armed Services Committee compared Jewish Israeli settlers to termites on Monday while speaking at an event sponsored by an anti-Israel organization that supports boycotts of the Jewish state, Free Beacon reports.

Rep. Hank Johnson (D., Ga.) launched into a tirade against Israel and its policies toward the Palestinians, comparing Jewish people who live in “disputed territories” to “termites” that destroy homes. Johnson also compared Israeli Defense Minister Avigdor Lieberman to Republican presidential candidate Donald Trump, a remark that drew vocal agreement from those in the room.

“There has been a steady [stream], almost like termites can get into a residence and eat before you know that you’ve been eaten up and you fall in on yourself, there has been settlement activity that has marched forward with impunity and at an ever increasing rate to the point where it has become alarming,” Johnson said during an event sponsored by the U.S. Campaign to End the Israeli Occupation, an anti-Israel organization that galvanizes supporters of the Boycott, Divestment, and Sanctions movement, or BDS.

“It has come to the point that occupation, with highways that cut through Palestinian land, with walls that go up, with the inability or the restriction, with the illegality of Palestinians being able to travel on those roads and those roads cutting off Palestinian neighborhoods from each other,” Johnson continued. “And then with the building of walls and the building of check points that restrict movement of Palestinians. We’ve gotten to the point where the thought of a Palestinian homeland gets further and further removed from reality.” Read more at Free Beacon.