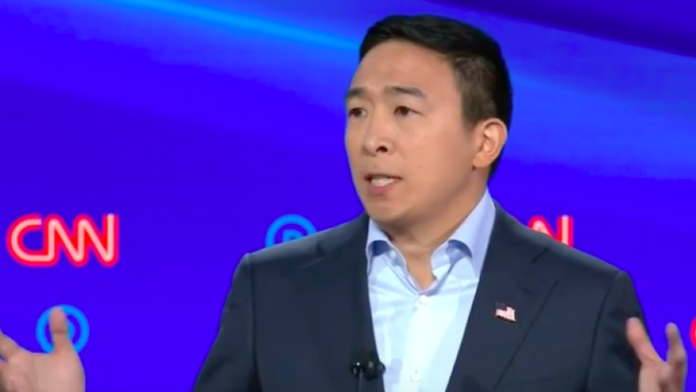 Like the first set in the second 2020 Democratic presidential debates on Tuesday night in Detroit, where little foreign policy was discussed, Wednesday night’s debate was no different. Only entrepreneur Andrew Yang was questioned about the Iranian threat.

“I would move to de-escalate tensions with Iran because they’re responding to us pulling out of the agreement,” he said, referring to the 2015 nuclear deal, which the Trump administration withdrew from in May 2018, reimposing sanctions lifted under it, along with enacting new financial penalties against the regime.

“We’re on the march to war in Iran right now!” he yelled as Lemon spoke over him, criticizing the mayor for not following debate rules.

Other foreign-policy highlights from Wednesday’s debate included Gabbard complaining about and pledging to end so-called “forever wars” in Afghanistan and the Middle East.

Following the debate, Harris attacked Gabbard as an “apologist for an individual, [Syrian President Bashar] Assad, who has murdered people in his country like cockroaches. She has embraced and been an apologist for him. … I can only take her criticisms so seriously.”