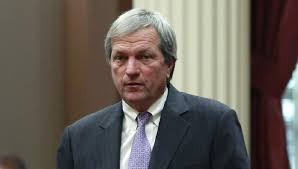 Rep. Mark DeSaulnier, D-Calif., told a sixth grader last week that she should be worried because President Trump is more dangerous than a terrorist.

During the Q&A portion of a town hall event held at Stanley Middle School in Lafayette, Calif., DeSaulnier took a final question from 11-year-old Eden, according to a report published Saturday.

The question included an anecdote of how the young girl’s mother cried on election night and how she is personally worried that her friends may be deported. She asked the congressman if she should be worried about her future.

“I think you should be concerned,” DeSaulnier responded. “This is dangerous stuff. I’ve said a few times, the most dangerous person in America isn’t a terrorist, it’s the person who’s president of the United States.” Read more at the Washington Examiner.