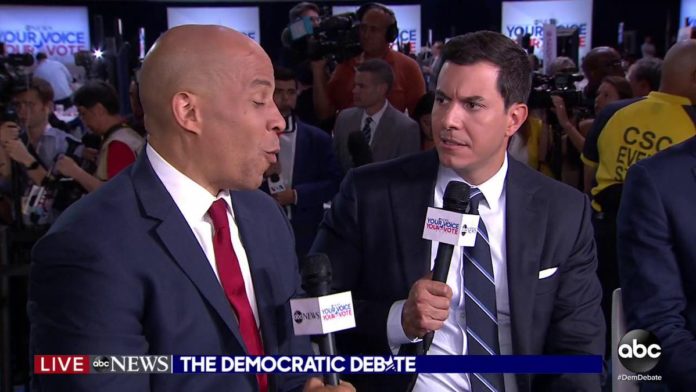 “Thank God, baruch haShem, that we’re doing multilingual tonight,” the New Jersey senator commented, referring to his use of Spanish earlier in the night.

The phrase drew the attention of ABC commentator and former Chicago Mayor Rahm Emmanuel, who misidentified the language, saying, “I actually think your Yiddish was pretty good…I’ll get you in to the synagogue, you just going to have to pay for it at the High Holidays, that’s all.”

“I’m ready for the d’var Torah this week, and any synagogue that welcomes me to speak, I am ready,” Booker replied, laughing.