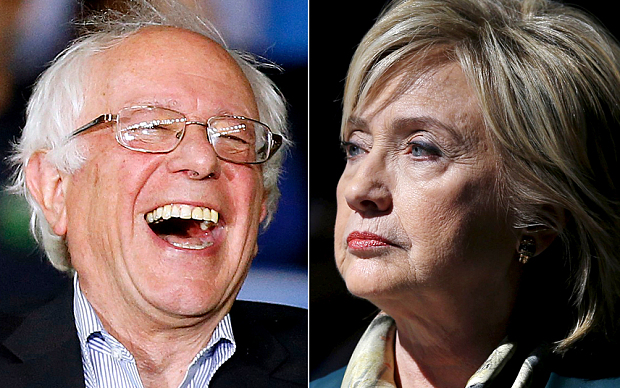 Democratic presidential candidates Hillary Clinton and Bernie Sanders will meet for their second one-on-one debate Thursday night in Milwaukee, as Sanders tries to build on his runaway win in New Hampshire – and Clinton hopes minority voters can save her struggling campaign.

It will begin at 9 p.m. Eastern time, and will be televised on PBS.

This debate is likely to focus on the concerns of African American and Latino voters, who will play key roles in several upcoming Democratic contests. Clinton, having struggled in heavily white Iowa and New Hampshire, believes her support among these voters will provide a “firewall” that stymies Sanders’s upstart campaign.

To hold that support, Clinton has focused in recent days on issues like gun control, criminal-sentencing reform, and the disastrous mismanagement that allowed toxic lead to leach into drinking water in Flint, Mich.

But Sanders has been aggressively moving to appeal to the same voters, combining his core message about economic unfairness with his own calls to reform the criminal-justice system. The tests of his success will come in the next two Democratic contests, held in Nevada on Feb. 20 and in South Carolina on Feb. 27.

“If the elections were held today in both those states, we would lose,” Sanders told the Washington Post on Wednesday. “But I think we have momentum, I think we have a shot to win, and if we don’t win, we’ll do a lot better than people think we will.”

Thursday’s debate comes after a pair of early-state contests whose results would have been unthinkable a year ago.

Also worrisome for Clinton: Exit polls showed Sanders overwhelmingly won young voters and middle-class voters. The only age group that went for Clinton was those over 65, and the only income bracket that went for her was people making over $200,000 per year.

In the aftermath of that win, Sanders said he raised more than $6 million in new donations, according to press reports. That infusion of money, which the campaign said was largely from small-dollar donors, will allow Sanders to spend heavily on TV ads in the coming states.

In the last Democratic debate, held just days before New Hampshire voted, Clinton was the dominant figure: she criticized Sanders for what she said was an “artful smear” suggesting that she’d been unduly influenced by donations and speaking fees from Wall Street firms.

Clinton also sought to cast herself as a more pragmatic, effective liberal. She meant to contrast herself to Sanders, who has called for far-reaching – but unlikely-to-pass – proposals to offer government-run health insurance for all and make public college tuition-free.

“Let’s go down a path where we can actually tell people what we will do,” Clinton said in that debate. “A progressive is someone who makes progress.”

Sanders countered that he was envisioning something more than just a presidential victory: he wanted a “political revolution” that would re-shape Congress, too. His ideas haven’t passed while he was just a senator, he said, but “I haven’t quite run for president before.”

A few days later, the revolutionary defeated the pragmatic progressive by more than 20 points. It was another sign that Clinton’s original theory of this race – that voters would value experience over outrage, and moderation over liberal ideals – was wrong, at least so far.

The most recent polls in both South Carolina and Nevada showed Clinton well ahead of Sanders. But they were all taken before the results came in from Iowa or New Hampshire.