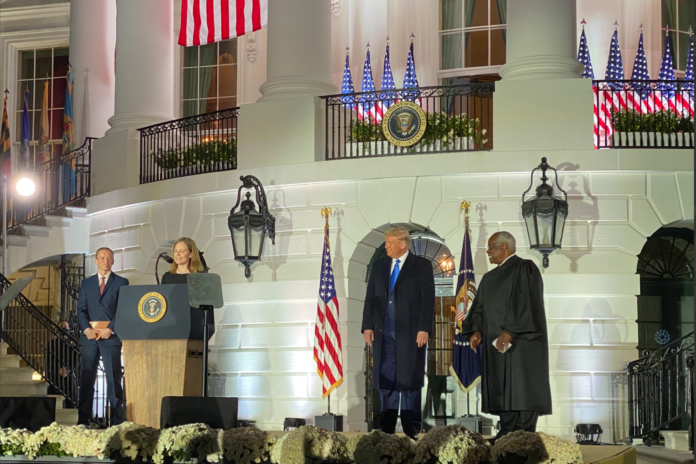 Democratic senators are warning that Republicans will regret confirming Amy Coney Barrett to the Supreme Court as the Democrats face pressure from the left to nix the filibuster and expand the court if they win back the majority.

Democrats are facing calls from their base to enact rules changes and broad systemic reforms after President Trump, who lost the popular vote in 2016, was able to put three justices on the bench, in part because Republicans refused to give Merrick Garland, former President Obama’s final nominee, a hearing or a vote in 2016.

Several Democratic senators warned as part of the chamber’s debate over Barrett that Republicans have lost the right to kvetch if Democrats win back the majority and change the rules. Republicans nixed the filibuster in 2017 for Supreme Court nominees and reduced the debate time in 2019 for lower court and executive picks.

“I know that there’s a lot of speculation … about what Democrats will do if Democrats are given control of the Senate. Will Democrats go to new, extraordinary lengths to maximize their power given the extraordinary lengths Republicans have gone to maximize their power? This is not a conversation that is ripe enough yet, but what do Republicans expect?” asked Sen. Chris Murphy (D-Conn.).