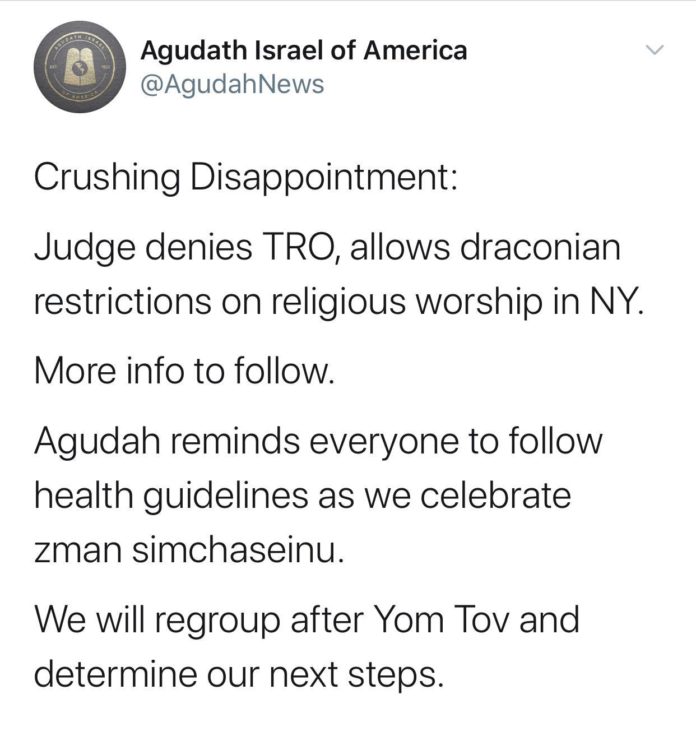 DENIED: As expected, a judge has rejected a lawsuit brought by Agudath Israel of America and has confirmed New York State’s restrictions on religious worship.

Thus, as Shemini Atzeres is set to begin, minyanim in New York State may have no more than ten people.

The United States District Court judge, on Hoshanah Rabbah, threw out the request for a temporary restraining order (TRO) in response to the revved-up restrictions put into place by New York State Governor Andrew Cuomo on Chol Hamoed.

Sol Werdiger, chairman of the board at Agudath Israel, reponding to the judge’s decision, says that askanim will be working with officials in Albany and will pursue litigation of necessary. He says that Rabbi Chaim Dovid Zweibel, Avi Shick, Avrohom Weinstock and others on the Agudah legal team will continue to battle on behalf of the frum community.

“This is not the end,” said Werdiger in a message. “We will continue.”