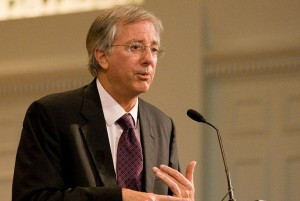 Barack Obama is one of five presidents in modern history who has made a “conscious decision to try to distance from Israel,” his former aide, Dennis Ross, said, citing former presidents Eisenhower, Nixon, Carter and H.W. Bush. Ross, a veteran diplomat, said the White House worked under the assumption that “Israel is more of a problem than it is a partner.”