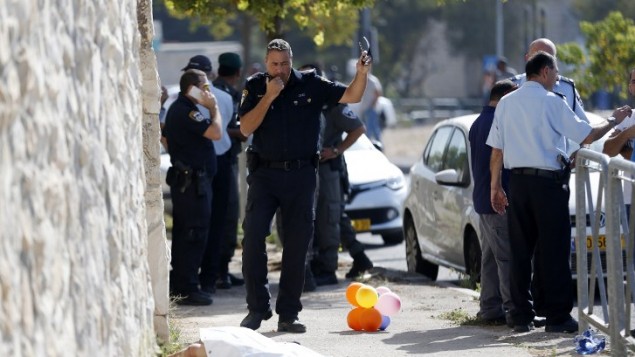 Interior Minister Aryeh Deri officially revoked the citizenship of four terrorists from eastern Jerusalem today for having carried out fatal attacks in the neighborhood of Armon Hanatziv in Jerusalem at the end of 2015.

“It cannot be that a murderer of Israelis who strikes at the security of the state can continue to enjoy the rights granted by the state. From now on, the attackers will know that there will be consequences beyond prison sentences to acts of terrorism,” Deri said in defense of his decision.

The first attack, perpetrated by Al Walid Fares Atrash, Muhammad Salah Abu Kef and Abed Dwiyet, occurred on September 13 on the first night of Rosh Hashanah. The three pelted rocks at travelling vehicles in Jerusalem in “retaliatory” attacks for tensions on the Har Habayis.