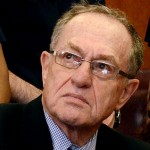 Harvard law professor Alan Dershowitz told Newsmax TV on Tuesday that “nobody’s doing anybody any favors” in the granting of parole to Jonathan Pollard after serving 30 years in prison for spying for Israel.

“It’s a horrible scandal,” Dershowitz told “Newsmax Prime” host J.D. Hayworth. “He should’ve been let out 25 years ago. Nobody ever who has ever pleaded guilty to spying for an ally has ever gotten double-digit sentences.”

Weinberger was defense secretary when Pollard’s activities came to light in 1985.

“Pollard should’ve been released years and years and years ago — even if you believe all the worst-case scenarios about him. He is being kept in prison as a bargaining chip, and that’s just not the way justice should work.” Read more from Newsmax.