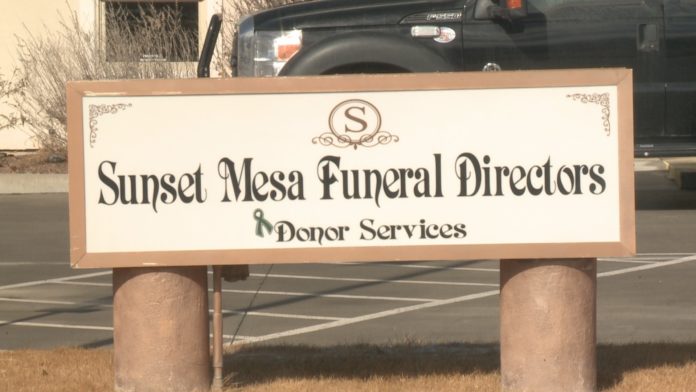 A former funeral home owner in Colorado faces up to 15 years in prison after pleading guilty on Tuesday to defrauding the families of dead people whose bodies she dissected and sold without permission. Megan Hess, 45, forged dozens of body-donor consent forms, court documents detailed.

“Meeting with hospice on the 4th… opening the floodgates of donors,” Hess wrote to a body-buying client in 2014, according to Reuters. “They have four or five deaths a day. Get ready!!!!”

The owner of funeral home Sunset Mesa and body parts business Donor Services, Hess targeted at least a dozen vulnerable families, charging them up to $1,000 for cremations she never performed, according to prosecutors. Some families received ashes made up of the mixed remains of multiple bodies, while at least one family was given a mix of concrete in place of their loved one’s ashes. At her Tuesday hearing, Hess initially called the situation a “legal travesty” but eventually agreed that she had defrauded her clients. Read more.