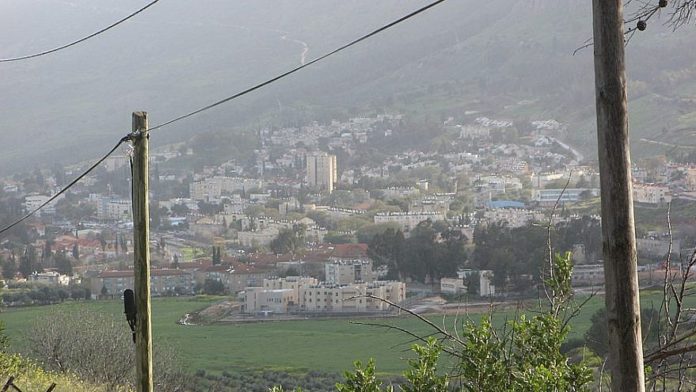 In an act of camaraderie, defiance and patriotism, residents and visitors in the Israeli northern border city of Kiryat Shmona took to the streets for the city’s 70th anniversary celebrations, despite escalating tensions between Israel and Hezbollah.

Public festivities took place in the central Hayarden Street with a huge concert by X Factor winner and Kiryat Shmona native Eden Ben Zaken topping off the day. All events were approved by security officials.

Kiryat Shmona Mayor Avichai Stern told reporters that despite ongoing concern over a possible Hezbollah attack from Lebanon, “the only stress we felt around here” was ensuring that the concert went off flawlessly.

“I think there’s a bit of a confusion; [Hezbollah leader Hassan] Nasrallah is the one who should be scared,” he said. “This area is always on the verge of blowing up, but if we let that affect us we wouldn’t be able to live normally, let alone celebrate anything.”

The Israel Defense Forces has maintained a heightened state of alert following an alleged Israeli drone attack on a Hezbollah media headquarters in southern Beirut and IDF airstrikes outside of Damascus last week.

Nasrallah said on Saturday that Israel “must pay a price” for the attacks, and warned that a reprisal against the Jewish state had been “decided.”

IDF forces have increased their presence on roads in the north, and reports indicate that police stand ready to close roads near the border.

Tourism, however, has not been negatively affected, local residents told Ynet news.

Kiryat Shmona is reportedly still waiting for a NIS 5 billion ($1.4 billion) government grant to reinforce local bomb shelters, critical features given the close proximity of the city to Lebanon.