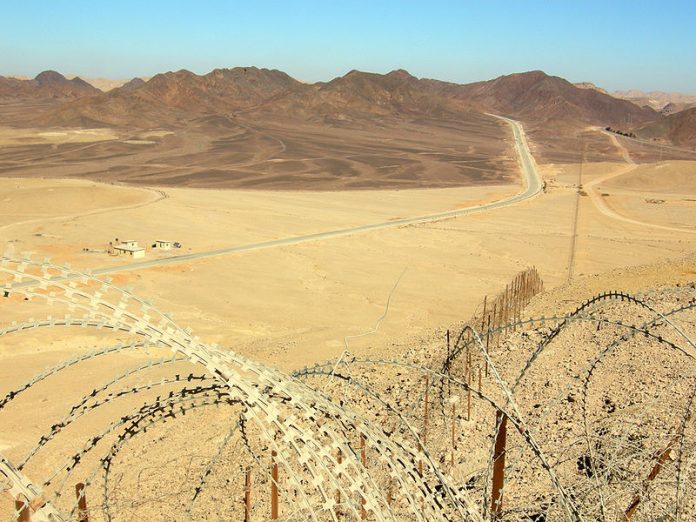 A US-proposed $9 billion aid package could tempt Egypt with long-sought financing to transform its strife-torn Sinai Peninsula, but analysts say political risks are likely to outweigh any potential financial benefit.

Egypt has been struggling to launch infrastructure projects for the development of Sinai, where military and security forces have been battling Islamic State-linked militants.

While authorities say hundreds of militants have been killed or captured since the campaign began last year, the security situation in the governorate remains volatile.

Officials say creating jobs and developing infrastructure is crucial for fighting the militants, who thrive on poverty and lack of jobs.

But securing resources and attracting investments into an area where militants still mount regular attacks and which is still officially closed to outsiders is a major challenge.

Egyptian officials have held discussions with the World Bank on possible financing of development in Sinai.

An aide to President Abdel Fattah al-Sisi said last year that the Sinai development plan was expected to cost some 275 billion Egyptian pounds ($16.52 billion) and should be completed by 2022, saying the plan was a “national security issue.”

Under the $50 billion “Peace to Prosperity” economic plan drafted by US President Donald Trump’s adviser and son-in-law Jared Kushner and which was discussed at a two-day conference in Bahrain this week, the Palestinians would received $25 billion while Egypt, Jordan and Lebanon would receive the other half.

But the $9 billion earmarked for Egypt are linked to a broader political solution for the decades-old Israeli-Palestinian conflict.

While it has yet to be revealed, Palestinians briefed on the plan say it falls short of their demands for a state on all lands captured by Israel in the 1967 Six-Day War.

Egypt is one of two Arab states along with Jordan to have signed a peace treaty with Israel, and Sisi and Trump have publicly praised each other.

Nathan Brown, a political science professor at George Washington University, said Egypt was unlikely to agree to a proposal that could link it more closely to Gaza’s fate.

“While economic development funds for Sinai are attractive, the purpose of the plan seems to be to tie Gaza and Sinai closer together in a way that Egypt has resisted for political and security reasons,” he said.

The US plan includes a series of infrastructure projects aimed at facilitating trade between Egypt, the Palestinian territories and Israel.

It would expand Gaza, a small area where two million Palestinians are shut into a strip between Israel and Egypt, into North Sinai, creating an area where Palestinians can live and work under Egyptian control, according to Arab sources.

Egyptian security sources say this translates into creating an industrial zone in Sinai where Palestinian workers from Gaza can work and live alongside Egyptians from Sinai.

Egypt, which has cultivated a good working relationship with Gaza’s Islamist Hamas rulers, considers the narrow strip crucial for its own stability and might welcome economic opportunities for its residents.

But with Palestinians flatly rejecting the plan, it is hard to see how any such scheme could be workable.

Despite intense US pressure on Egypt to join the plan, Sisi and his foreign minister have ruled out going against Palestinian wishes, while strongly dismissing the idea — carried in some media reports — that Cairo might cede land in Sinai as part of the plan.

Egypt fought wars over Sinai with Israel in 1956, 1967 and 1973, and any suggestion that its control of Sinai could be diluted would be sensitive. Egypt’s decision to cede two Red Sea islands to Saudi Arabia in 2016 led to rare protests and legal challenges.

“The projects, ideas and figures that came in the Kushner plan are mere theoretical proposals,” said Mohamed Ibrahim, a retired general and member of the board of the Egyptian Center for Strategic Studies.

“All that relates to setting up projects in Sinai is subject to the Egyptian sovereignty. It is an Egyptian decision and no one can impose on us to set up specific projects,” he added.

Underscoring its reticence, Egypt waited until the last moment to announce it was sending a deputy finance minister to the two-day conference in Bahrain.

“Egypt can’t politically afford to accept the so-called ‘Peace to Prosperity’ plan given the fierce opposition and rejection by the Palestinians and a significant segment of Egyptians as well,” said Fawaz Gerges, professor of Middle East politics at the London School of Economics.

“To do so might have costly ramifications at home.”

Economist Abdul Khalik Farouk dismissed the proposed US aid package to the Palestinians and Arab countries as “a form of bribery” that would do little to bring any real development.

Estimating that Egypt had received around $850 billion in loans, investments and grants between 1974 and 2010, Farouk said the proposed aid package over 10 years was a drop in the bucket.

“The money you are referring to… is barely enough to build a few roads and buildings. These funds have no value,” he said.