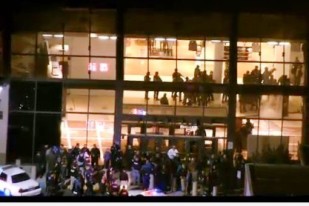 [Updates below.] There was a shooting a short while ago at the Westfield Garden State Plaza Mall in Paramus, NJ. Several frum people were in the mall at the time. One witness related to Matzav.com that his relative went hiding in the mall when the shots were heard.

An eyewitness told Breaking911.com that they heard two shots, and a security guard rushed them into Neiman Marcus, where they remained in lockdown.

Stores were on lockdown at the Garden State Plaza after at least one gunman opened fire. 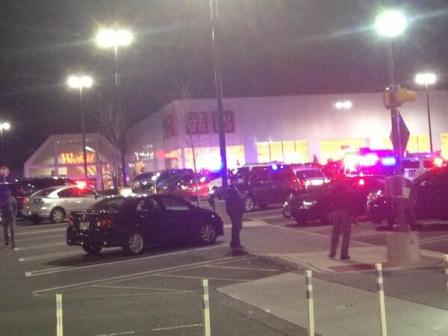 According to a police source, the shooting began near the Nordstrom’s department store on the second level of the mall. At least eight shots were fired. Police and SWAT teams from surrounding areas were en route to the scene. Many of the stores inside the mall are on lockdown.

Update, 10:18 p.m.: Another eyewitness who saw the shooter, spoke with breaking911.com and is currently in a police vehicle being questioned by detectives. The mall remains on lockdown.

Update, 10:41 p.m.: The shots were fired sometime before the mall closed for the night at 9:30 p.m. A male wearing body armor and a rifle was spotted in the mall.

One employee told 1010 WINS she was locked in the basement of the mall.

According to media reports, an estimated 200 police officers are at the scene.

Update, 11:19 p.m.: The gunman remains at large. Paramus Mayor Rich LaBarbiera confirmed one shot from a long-armed rifle, although witnesses reported hearing more shots. He said everyone was safe and there were no reports of injuries as of 11 p.m.

There has been no injuries and no victims. 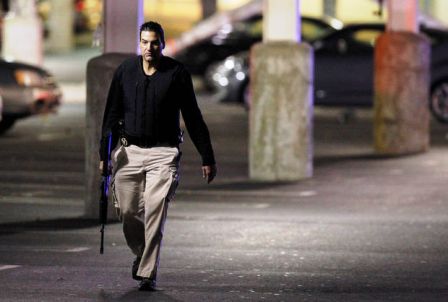 Agencies from all over New Jersey continue going through the mall and sweeping the area. The mall is on lockdown and crews were passing through in an attempt to evacuate the mall in a safe and orderly way.

Upon being notified of the shooting, employees huddled in restrooms, in the backs of offices, and in stores. They were just coming out at 11 p.m., after SWAT teams and other police officers walked through area by area.

Several sales associates said they looked the gunman in the eyes as he passed the J. Crew and Talbots stores.

“I saw him walk past our door, and he paused for a second and just looked inside the store, and he fired two more,” one woman told 1010 WINS. “He was all dressed in black from head to two with a helmet – I would say with a motorcycle helmet. I just froze. I didn’t want to run, because he might 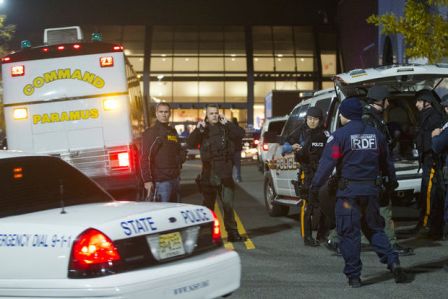 maybe come after me. I just stood there.”

Update, 11:58 p.m: The shooter is believed to have left the mall and is still at large.

An employee described the gunman as a white male possibly in his late 20s, wearing a leather jacket, a motorcycle helmet with the visor up, motorcycle boots, and black jeans. 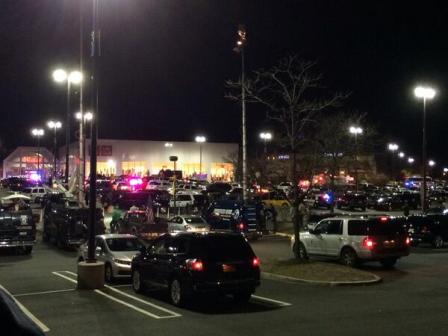