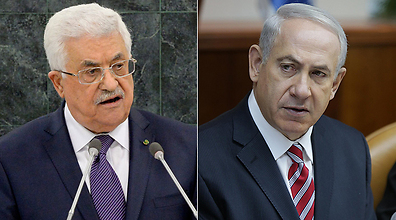 A gathering of foreign ministers and senior diplomats on Friday called for an international conference on the Israeli-Palestinian conflict to be held by year’s end, warning that violence and settlement growth are endangering a two-state solution.

Secretary of State John Kerry was among 29 diplomats who issued a joint statement in Paris expressing alarm at the deteriorating situation on the ground, citing settlement activity in the West Bank and a rash of Palestinian attacks on Israelis.

They called the status quo unsustainable and affirmed their support “for a just, lasting and enduring peace, with two states, Israel and Palestine, living side by side in peace and security.”

The one-day summit organized by France brought together diplomats from the European Union, the Arab League, the United Nations and the Middle East Quartet, including the United States and Russia. Neither Israel nor the Palestinians were invited, however, as the conference was considered a first step toward what the joint communique called “the prospect of convening before the end of the year an international conference.”

“We’re just starting,” he said. “Let’s get into the conversations.”

The Israeli press reported that Prime Minister Benjamin Netanyahu had called Kerry Thursday night asking him to work to soften any harsh language in the joint statement that the Israelis believed would be included at the insistence of Arab diplomats.

Though the eventual statement was mild, the conference itself was condemned by Israeli government officials who say only direct negotiations with no preconditions – proposed repeatedly by Netanyahu but rejected by Palestinian Authority President Mahmoud Abbas – will lead to peace.

Israel’s public security minister, Gilad Erdan, called it “borderline delusional” to think diplomats from outside the region could meet in Paris and make a meaningful contribution to Middle East peace. The foreign ministry called it a missed opportunity and compared it to the 1916 Sykes-Picot Agreement that carved up the Middle East after the Ottoman Empire fell.

“History will record that the conference in Paris only hardened the Palestinian position and distanced the chances for peace,” said a foreign ministry statement.

The meeting was embraced by Palestinians, who have sought to internationalize negotiations in part because they don’t trust the United States to act as a neutral mediator and consider the Europeans more sympathetic to their aspirations.

Saeb Erekat, the secretary general of the Palestinian Liberation Organization, called the multilateral approach a “flicker of hope Palestine has been waiting for.”

“If Israel is allowed to continue its colonization and apartheid policies in Occupied Palestine, the future will be for more extremism and bloodshed rather than for coexistence and peace,” he said in a statement.

The Palestinians want to establish a state on land Israel captured after the Six-Day War of 1967. International pressure has been building since the U.N. General Assembly recognized a state of Palestine in 2012, though one does not exist in reality without a negotiated agreement with Israel.

For years, many diplomats have been warning that the window for a two-state solution to the conflict is narrowing. Negotiations have been moribund since 2008, and a nine-month effort by Kerry to restart the talks collapsed with mutual recriminations.

French Foreign Minister Jean-Marc Ayrault said Friday that urgent actions were necessary “to preserve the two-state solution, revive it before it is too late.”

Ayrault said direct negotiations have not been fruitful, with the result that, “Currently everything is blocked.”

“We extended our hands to the Israelis and Palestinians and we hope that they will respond positively and take action to renew the peace process,” Ayrault said.

French President Francois Hollande opened the conference calling for Israelis and Palestinians to take “the brave step toward peace.” He said the spread of terrorism around the world makes the push for peace more urgent.

“Violence is growing and hope is fading – that’s why we want to try and revive the peace process,” he said, adding, “The only ones to benefit from the continuation of the status quo are the extremists who oppose peace.”