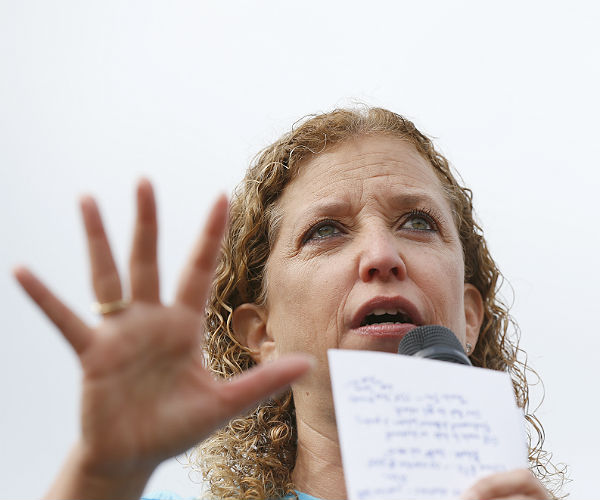 The chairwoman of the Democratic National Committee said she will resign this week in the aftermath of the release of thousands of embarrassing internal email exchanges among Democratic officials.

The episode had pitched the party into turmoil on the eve of a convention that was promised to showcase unity.

“I know that electing Hillary Clinton as our next president is critical for America’s future,” Wasserman Schultz said in a statement released Sunday. “I look forward to serving as a surrogate for her campaign in Florida and across the country to ensure her victory.”

Wasserman Schultz, a member of Congress from south Florida, said her resignation will take effect upon the close of the convention. It came amid a growing drumbeat for her to step aside, including strong pressure from the Clinton campaign, according to a senior Democrat familiar with the negotiations.

Donna Brazile, a longtime Democratic strategist, will take over as interim chair, according to the DNC.

Campaign officials argued that she had become a lightning rod because of the hacked emails, this person said. Added to the pressure she was already under to leave, the episode became a last straw in many Democrats’ minds.

In a trove of messages released by hackers on the website WikiLeaks, party officials discuss boosting Hillary Clinton’s candidacy during the primaries – and disparage Sen. Bernie Sanders of Vermont.

The Clinton campaign – and several cyber security experts – said the leak was a political ploy carried out by the Russian government to aid in the election of Republican presidential nominee Donald Trump.

The events come at a time when concern was already growing among national security officials that Russia is attempting to meddle in the U.S. election; even before the leak, on Thursday, the White House convened a meeting that included representatives of intelligence agencies, the FBI, the National Security Council, the Department of Defense and the Department of Homeland Security.

The controversy comes at a critical time politically, too – just as Clinton is hoping to patch up disagreements with Sanders supporters. And it undermines her claim that her party’s convention would reveal markedly less disunity than the Republican convention in Cleveland last week.

“Long overdue,” said Norman Solomon, a Sanders delegate from California who is trying to organize enough fellow delegates to replace Kaine with a more progressive vice presidential nominee. “It’s shameful that the Clinton campaign — and, it should be said, the Obama White House — served as longtime loyal enablers for such a flagrant abuser of democratic principles.”

Already, Wasserman Schultz was expected not to preside over the convention as its permanent chair, as had been originally planned. But former congressman Barney Frank, a co-chairman of the convention’s rules committee, denied that the appointment of Rep. Marcia L. Fudge (Ohio) on Saturday as permanent chair was related to the email controversy.

Democratic convention officials and the Clinton campaign would not say whether Wasserman Schultz would have a speaking role at all or whether she will call the convention to order on Monday, as she did at the 2012 convention. Frank noted that if she did not speak, it would be “unusual.”

Clinton’s campaign manager, Robby Mook, said that the DNC would need to investigate the hack, including checking to see whether any emails were “doctored,” and that the party would “take appropriate action.”

“What’s disturbing to us is that experts are telling us that Russian state hackers broke into the DNC, stole these emails, and other experts are now saying the Russians are releasing these emails for the purpose of actually helping Donald Trump,” Mook said on CNN’s “State of the Union.” “I don’t think it’s coincidental that these emails were released on the eve of our convention here, and that’s disturbing.”

But that explanation seems unlikely to mollify Sanders supporters who are angry about the messages and distrustful of Clinton and the party.

The emails revealed a DNC official apparently discussing how to use Sanders’s religion against him to help Clinton ahead of the Kentucky and West Virginia primaries. And in another email, a Clinton campaign lawyer suggested to the DNC how it should respond to claims from the Sanders campaign that it was improperly using a joint fundraising committee with state parties.

They also reveal the prized perks given to the party’s top donors.

On Sunday, Sanders renewed his call for Wasserman Schultz to resign and said the emails vindicate his earlier claims that party officials were actively working to undermine his candidacy.

“I think she should resign, period,” Sanders said on ABC’s “This Week.” “And I think we need a new chair who is going to lead us in a very different direction.”

On Saturday, after a tense meeting of the rules committee, supporters of Clinton and Sanders reached a compromise to curtail the role of superdelegates in the party’s nominating process.

But the meeting also revealed unhappiness among Sanders supporters with Clinton’s choice of Sen. Timothy Kaine, Va., as her running mate. By the end of the day, some of Sanders’s supporters mulled putting an alternative name into nomination in opposition to Kaine.

Even though Sanders sought to redirect the outrage over the leaked emails and urged his supporters to focus on Trump, he acknowledged that Kaine is not the vice-presidential pick he had hoped for.

“Would I have preferred to see someone like an Elizabeth Warren selected by Secretary Clinton? Yes, I would have,” Sanders said on NBC’s “Meet the Press.”

Asked about Kaine on CNN’s “State of the Union,” he added: “Are his political views different than mine? Yeah, they are. He’s more conservative than I am.”

Sensing an opening, Trump sent out a flurry of tweets criticizing Sanders for shifting his support to Clinton – and urging Sanders supporters to “fight.”

“Looks like the Bernie people will fight,” Trump tweeted Sunday morning. “If not, their BLOOD, SWEAT AND TEARS was a total waste of time.”

Sanders, first lady Michelle Obama and Warren, the senator from Massachusetts and a liberal firebrand, are expected to kick off the opening session, which will be focused on hammering home Clinton’s agenda for families.

Meanwhile, other Democrats acknowledged that the dispute threatened to cause a serious rift.

Democratic strategist Donna Brazile, a vice chair of the convention, whose emails were caught up in the leak, said she apologized to the Sanders campaign for the revelations.

“I think, the allegations, the emails, the insensitivity, the stupidity needs to be addressed, and we are going the address it,” Brazile said on “This Week.” 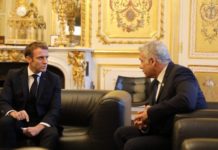