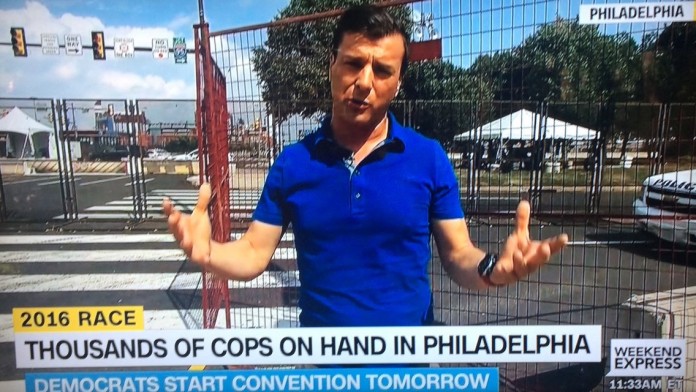 To the Democratic National Committee elites, keeping average Americans away from their convention is a good idea, while protecting the southern border from intruding terrorists and murderers is a bad one, reports the American Mirror.

The DNC has erected a four-mile fence around its convention site at Philadelphia’s Wells Fargo Center.

The fence, which appears to be about 8 feet tall, is intended to keep out any individuals with whom Democratic Party leaders, delegates and other liberal elites would rather not mingle. American Mirror