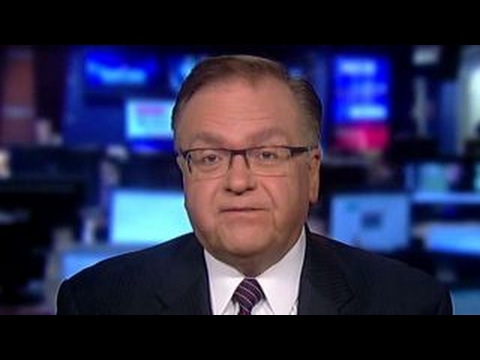 BALTIMORE – Every leading contender to take over the Democratic National Committee believes Hillary Clinton focused too much on attacking Donald Trump at the expense of articulating an affirmative case for holding the White House. During their final showdown before the chairman’s election in Atlanta on Feb. 25, there was consensus that the party’s problems derive mainly from subpar organization and communication – not anything fundamental.

“We forgot to talk to people,” said Tom Perez, who was secretary of labor until last month and a finalist to be Clinton’s running-mate last summer. “I’m a big believer in data analytics, but data analytics cannot supplant good old fashioned door knocking. . . . We didn’t communicate our values to people. When Donald Trump says, ‘I’m going to bring the coal jobs back,’ we know that’s a lie. But people understand that he feels their pain. And our response was: ‘Vote for us because he’s crazy.’ I’ll stipulate to that, but that’s not a message.”

Many Democratic leaders remain in a state of denial about the lessons of the election. They have only been in the wilderness for a few weeks now, and Clinton won the popular vote. The mass protests of the past four weekends and Trump’s sagging popularity have added to their overconfidence that they’ll easily win again in 2020.

It was striking during a two-hour forum in Baltimore that not one of the 10 candidates for chair suggested the party should moderate in response to last year’s losses. Indeed, there was no substantive discussion about policy at all during the Saturday evening event. It was taken as a given that all the aspirants are committed liberals. This is a stark contrast to the ideological debates that enveloped the party following similar setbacks in 2004, 1988 or 1972. It reflects the degree to which the Bernie Sanders wing is ascendant, and Blue Dogs have left the party.

Perez is the clear frontrunner, but he still does not have the votes locked up. With backing from key figures in Barack Obama’s orbit (Joe Biden) and the Clinton machine (Terry McAuliffe), he is the establishment favorite. But his progressive bona fides are beyond question, from his tenure as a Montgomery County councilman to helming the Justice Department’s civil rights division. That makes it hard for Rep. Keith Ellison (D-Minn.), who won an early endorsement from Sanders and Chuck Schumer, to get too far to Perez’s left. That is part of the explanation for why the chair’s race lacks much ideological tension.

Pete Buttigieg, the 34-year-old mayor of South Bend, Indiana, has tried to position himself as a consensus candidate who is not part of the Clinton or Sanders wing. Because the winner must get support from a majority of the 447 eligible voters, the election may go into two, three or even four rounds.

Buttigieg’s goal is to be the second choice for as many Perez and Ellison supporters as possible. But his diagnosis of what went wrong in 2016 sounds a lot like Perez’s. “We spent so much time talking about the politicians, like that’s what really matters,” he said. “I was guilty of it. I had a button when we were campaigning for Hillary . . . that said ‘I’m with her.’ It was all about her. Then when we realized who the opponent was going to be, it was all about him. We said, ‘I’m against him because he is terrible.’ He is terrible. But the people at home were saying, ‘Who is talking to me? Who is talking about me?’ Everything we talk about has to be explained in terms of how it directly touches people’s actual lives.”

Ray Buckley, the longtime chairman of the New Hampshire Democratic Party,likened the DNC to a car that’s broken down on the side of the road but really only needs a tune-up. He said he’d reallocate money from television advertising toward field organizing. “We need someone who can lift up the hood and fix the damn car,” he said.

“While many of you know that I’m openly gay, many of you don’t know . . . that I come from the lowest of the white working class,” he added later. “We ran hundreds of millions of dollars of commercials telling the voters that, ‘Oh, our opponent if offensive.’ When you’re worried about your damn paycheck, about your job, about where you’re going to live and if your kids are going to go to school, you don’t really give a crap if the president is insulting. The reality is we didn’t have a positive message for anyone I’m related to. We didn’t offer a message to my neighbors. We didn’t offer a message to the people in Indiana or Ohio or Pennsylvania or Kentucky.”

“The Clinton campaign treated this organization with disrespect,” said Jehmu Greene, another long-shot candidate for chair and a regular liberal commentator on Fox News.

Ironically, every person who complained about how the party was too focused on attacking Trump in 2016 also tried to out-do the other candidates in promising to go after the new president. Ellison called Trump “the most misogynistic person to ever become president.” Perez called him “the most dangerous and destructive person to ever hold the presidency.” Buttigieg described the new commander-in-chief as “a chicken-hawk.”

Because rural, red states have relatively outsized influence in the DNC voting process, all the candidates for chair are talking a great deal about re-embracing what Howard Dean called the 50 state strategy. “We got into this mess because we didn’t win about a thousand elections,” said Ellison. “I gave five grand to the Louisiana state party. I’ve been out to Nebraska. . . . You are where the votes are.”

Perez called for more intensive candidate training and the creation of a Center for Best Practices: “So that we can go and say, ‘Hey, Alaska, you flipped your House Democrat. How did you do it? Hey Kansas, you won 14 seats in the state House. How did you do it?’ The answer is: Without any help from the DNC! We’ve got to change that.”

None of the candidates for chair, however, wanted to argue that national Democrats have lurched too far to the left to consistently compete in these rural places. The closest anyone came was when Jaime Harrison, chairman of the South Carolina Democratic Party, complained that the Democratic National Committee has increasingly become the Democratic Presidential Committee. “All we’ve focused on was the presidency and nothing else. We cannot leave any Democrat or Democratic Party behind,” he said. “I got into a Twitter fight yesterday. Somebody said, ‘Do you support (Joe) Manchin Democrats? I said, I support anybody who is a Democrat! . . . I support anyone who will give the gavel back to Nancy Pelosi.”