This week’s video, which is the second in the series, addresses some questions that you’ve probably come across on vacation at some point or another;

How can you kasher a barbecue grill in a non-kosher rental? Do you need a blowtorch?

Which method of kashering can you use that is both safe and halachically recommended?

What about an indoor commercial grill? Is there a way to kasher a piece of equipment like that?

Ki Heim Chayeinu has teamed up with Star-K to produce a series of videos exploring the practical halachos derived from the sugya of Hagalas Keilim, discussed in the recent Daf Lamed of Pesachim.

It’s been almost a year since The Siyum, and The Daf has been going strong despite all the challenges that this year has brought. Throughout it all, under the banner of Ki Heim Chayeinu, the Agudah has inspired tens of thousands of Lomdei Torah, Lomdei haDaf and Baalei Batim, to increase their commitment to Kvias Ittim; to make Limud HaTorah an ever increasing part of their lives. This is the mission which the Novominsker Rebbe zt’’l charged us with: To promote the reality of Torah being “Ki Heim Chayeinu V’orech Yameinu” -of which Daf Yomi is the ultimate expression.

And now, as we approach the anniversary of The Siyum, we have teamed up with Star- K, under the guidance of R’ Moshe Heinemann shlita, to bring to you our all new “Ben Yomo” series. The goal here too, is to make Ki Heim Chayeinu a reality; to help you absorb Torah into your daily life; to live your learning.

As a dedicated Daf Yomi member, the series will bring to life many points that you’ve covered briefly in your learning. It’s a fantastic opportunity to bring your learning home and get your family involved! Together you’ll be able to watch fascinating footage of kashering in action, along with discussions of contemporary shailos with the experts in the field.

So keep a look out for the Ben Yomo videos, which are coming out weekly for the next several weeks, and go ahead and share them with your wives, children and friends.

Watch them, discuss them, share them- make your learning come alive! 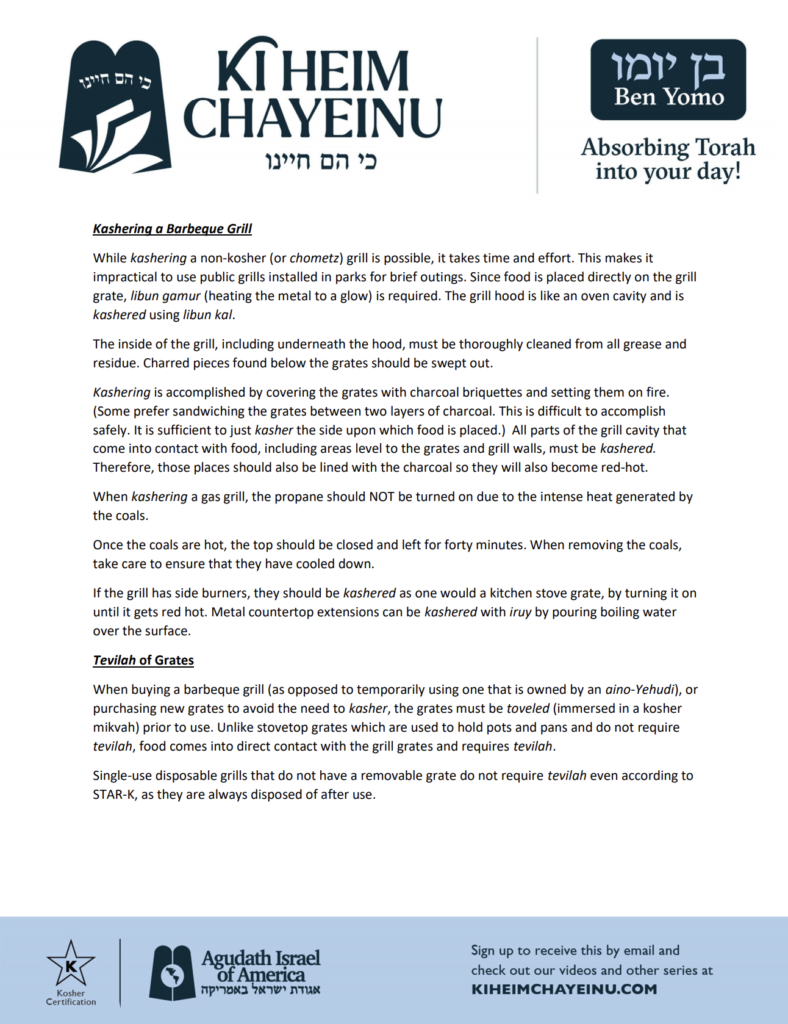