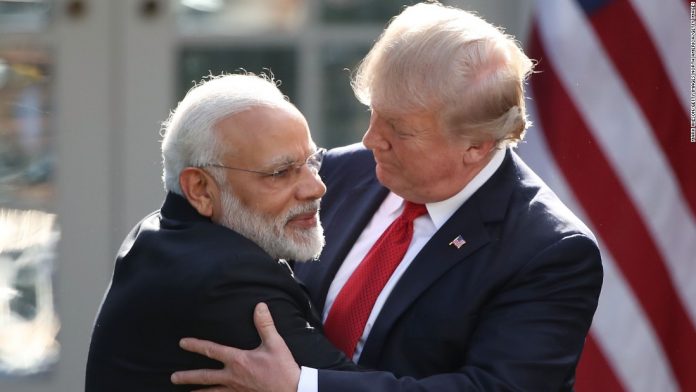 US President Donald Trump and Indian PM Narendra Modi have urged Pakistan to ensure its territory is not used to launch terror attacks.

They issued their call in a statement released by the White House shortly after the two met in Washington DC.

It comes after attacks in recent years on Indian soil which Delhi claims were conducted by Pakistan-based militants.

The two also discussed improving trade links. It was the first time the two leaders had met face to face. Read more at BBC.