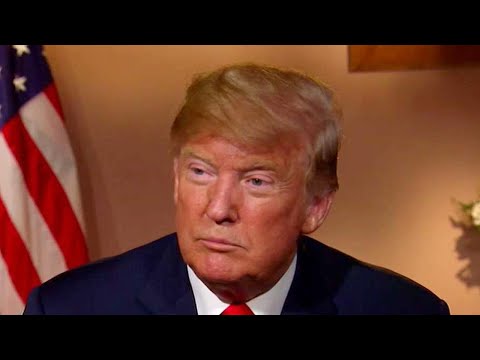 President Donald Trump declared himself “the Chosen One” on Wednesday while defending his administration’s decision to continue a trade war with China. The remark came among a string of critiques to his predecessors, whom Trump claimed had ignored China’s alleged trade malpractice. “This isn’t my trade war, this is a trade war that should have taken place a long time ago,” Trump told reporters outside the White House.“Somebody had to do it,” the president said, before looking at the sky and adding: “I am the Chosen One.”

The Trump administration is about to announce new tariffs on billions of dollars of Chinese imports after previously imposing 25 percent tariffs on roughly $250 billion in Chinese goods. Trump has also vowed to apply 10 percent duties to about all remaining Chinese imports by mid-December. “I was put here by people,” the president said Wednesday. “I was put here by people to do a great job. And that’s what I’m doing.”

The president also used the impromptu session to slam and seemingly threaten Denmark’s prime minister for “blowing off the U.S.” in regard to his off-the-wall offer to buy Greenland and subsequent cancellation of his trip to Copenhagen next month. “I thought the prime minister’s statement that it was an absurd idea was nasty,” Trump said. “All she had to do was say ‘No, we wouldn’t be interested.’” He added: “She’s not talking to me. She’s talking to the United States of America. You don’t talk to the United States that way, at least under me.” Read more at CNBC.