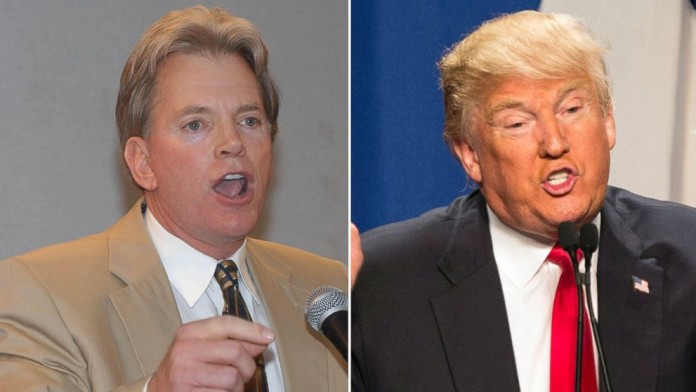 In response to calls from the Anti-Defamation League, Donald J. Trump on Thursday said he “disavows” comments by David Duke, the former Ku Klux Klan leader, about “Jewish extremists” who opposed his candidacy, the NY Times reports.

“Jewish chutzpah knows no bounds,” Mr. Duke said on his radio program, excoriating some of the donors involved in the “Stop Trump” movement. Those donors include the billionaire financier Paul Singer, a Jew for whom Israel’s security is a primary focus in determining the candidates he backs.

“I think these Jewish extremists have made a terribly crazy miscalculation because all they’re really going to be doing by doing the ‘Never Trump’ movement is exposing their alien, their anti-American-majority position to all the Republicans,” Mr. Duke said. “And they’re going to push people more into awareness that the neo-cons are the problem, that these Jewish supremacists who control our country are the real problem and the reason why America is not great.”

Later Thursday, Mr. Trump said in a statement that he “totally disavows” Mr. Duke’s remarks. “Antisemitism has no place our society, which needs to be united, not divided,” said Mr. Trump, who has been accused of using overtly racial appeals to motivate his largely white, working-class political base.