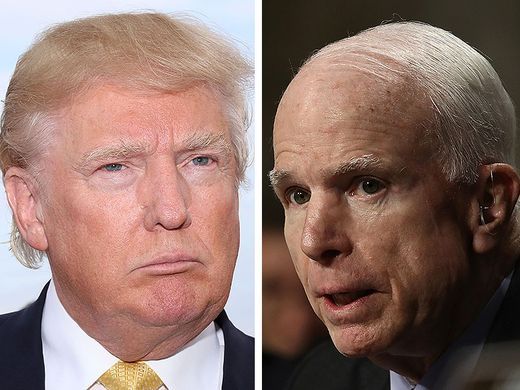 After a fresh series of critical tweets about the late Sen. John McCain, President Donald Trump offered up an explanation today: He has never been “a fan.”

“I was never a fan of John McCain and I never will be,” Trump said after being asked about his weekend tweet storm during an Oval Office meeting with the visiting president of Brazil, Jair Bolsonaro.

Trump told reporters that he’s “still very unhappy” that the Arizona Republican did not vote to repeal and replace the Affordable Care Act as he intended to in July 2017—about a year before his death from brain cancer in 2018. “I’m very unhappy that he didn’t repeal and replace Obamacare. He campaigned on repealing and replacing Obamacare for years. And then he got to a vote and he said thumbs down,” Trump said. “I think that’s disgraceful.” (The Daily Beast)