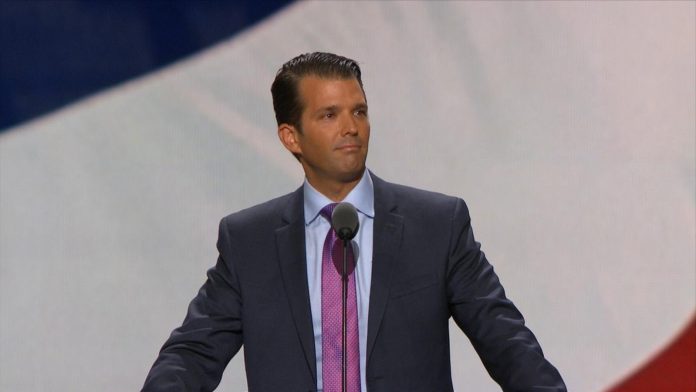 >>Follow Matzav On Whatsapp!<<
Donald Trump Jr. corresponded with WikiLeaks, which the American intelligence community believes disseminated information hacked by the Russian government, through Twitter’s direct messages during the 2016 campaign, The Atlantic reported. The messages were given to Congress as part of its probe into Russian meddling in the 2016 presidential election.

WikiLeaks made several requests of Trump Jr., including asking for Trump’s tax returns, telling the campaign to reject election results (should they lose) as “rigged,” and asking that then President-elect Trump request that WikiLeaks founder Julian Assange be appointed Australia’s ambassador to the United States. Trump Jr. frequently ignored the messages, but occasionally responded as if he had acted on the requests, usually involving the promotion of a WikiLeaks story about Hillary Clinton or the Democratic Party. Read more at THE ATLANTIC.