Rumors have been circling the Web buzzing that real estate billionaire Donald Trump will run for U.S. President on the Republican ticket in 2012. Keren Blankfield spoke with The Donald this morning to find out what he’d do as the United States’ 45th President.

Following is an excerpt from the conversation with Donald Trump.

Will you confirm whether you’re definitely running for President in 2012?

When will you announce your decision?

The Celebrity Apprentice goes on March 6. You can’t make a decision until that’s off, otherwise other people will have to be given two hours of prime time television. Season 11 ends in June. Right around that time would the time when I’d be thinking about making an announcement and making a decision. And maybe even using the season finale as a forum.

Say you decide to run, and you win. What’s the first thing you’ll do as President?

The second thing I’d do is have a nice heart-to-heart talk with China. I would tax Chinese products in a nanosecond. And they will come to the table in less than a nanosecond.

You always say how well The Apprentice is doing. How would you feel about giving it up and stepping back from show business?

I would have to [give The Apprentice up] if I ran. If I ran I would have to do that; I would have no choice but to give it up. You know what? I’m worth $6 to $7 billion, maybe more than that, you know, I built buildings all over the world, I’ve had a great run.[…]

Polls have come out and have been very strong. A recent poll came out where Trump and [Bill] Gates are the only two that beat [President Barack] Obama. Gates isn’t running obviously, but they put names on it, and we’re the only ones who beat Obama.

So what kind of due diligence have you been doing to decide whether you’ll run, aside from running polls?

First of all, I have a very big business, I have three children who are very capable people. So that works out very nicely. And I know all the politicians. I know politicians on both sides. I’m friendly with many of them and I’m not friendly with some of them. I have dealt with politics all of my life indirectly and directly. I would say few people have raised more money for politicians than I have over the years. And the other thing is I don’t need money to run, unlike other people, so that’s a big advantage. And that’s an advantage for the voters, too, you know, because you don’t have to make deals.

So I’m seriously thinking about doing it. I may do it. I very well may do it. And the reason being as I stated before. This country is not respected any longer, it’s used as a whipping post by other countries. When I look at South Korea not signing the trade pact and then they get a couple of bombs lobbed in their land and all of a sudden they’re signing the trade pact… And by the way, it’s a terrible deal for the United States. Terrible. It’s ridiculous.

The world does not respect us.

And you think you can change that?

I think it can be changed very quickly. We have all the cards. People don’t realize it.

What’s the problem with the current administration? Is it not aggressive enough?

Have you spoken with President Obama?

What do you think about Donald Trump running in 2012? Genius or disaster? 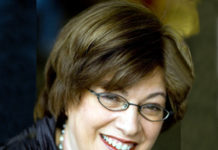 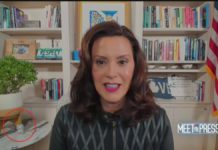