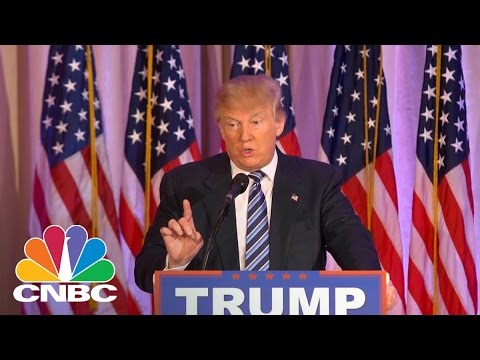 Donald Trump told CNBC this morning that he would prefer there to be no moderators at all during his upcoming presidential debates with Hillary Clinton, the Daily Beast reports.

Referring to last week’s NBC News forum, Trump said the “system is being gamed” because people think host Matt Lauer was too “easy” on him. “Well he wasn’t,” Trump continued. “I thought he was very professional, I have to be honest. I think he’s been treated very unfairly, but they all said that I won, and what they’re doing is they’re gaming the system so that when I go into the debate, I’m going to be treated very, very unfairly by the moderators.”

“I think, maybe, we should have no moderator,” Trump added of the upcoming debates. “Let Hillary and I sit there and just debate because I think the system is being rigged so it’s going to be a very unfair debate, and I can see it happening right now because everyone’s saying that he was soft on Trump. Well now the new person’s going to try to be really hard on Trump just to show, you know, the establishment what he can do. So I think it’s very unfair what they’re doing. So I think we should have a debate with no moderators—just Hillary and I sitting there talking.”

NBC Nightly News anchor Lester Holt is scheduled to be moderator the first of three debates between the two candidates on Sept. 26.