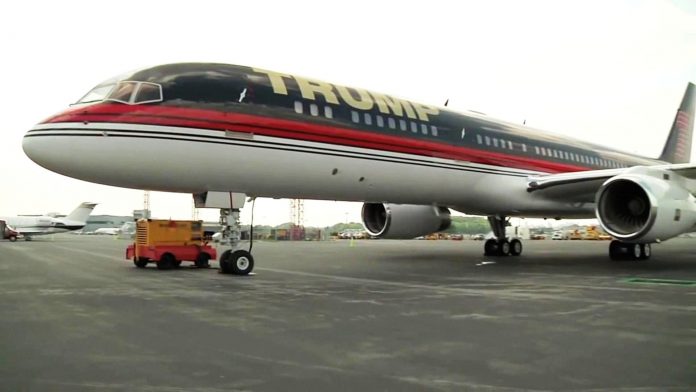 With the Jewish New Year just over a month behind us, and the long nights of winter closing in, Jewish communities throughout the world have begun their new cycle of the weekly krias haTorah. The parshiyos throughout Sefer Bereishis describe the greatness of our avos and the permanent impact they had on the world in which they lived, the children they bore, and the future of the Jewish people and humanity.

The first of the avos, Avrohom Avinu, is presented to us as a majestic and benevolent individual who possessed an unsurpassed level of empathy. Avrohom Avinu was deeply affected not only by the plight of his own family, but by that of strangers whose lives may be in jeopardy. Despite his unwavering compassion for all, his steadfast commitment to those in need was never confused with weakness.  Avrohom was able to convey his kindness for the frail, the forgotten, and the sick while still exhibiting great strength and resolve when demanded of him. G-d bestowed upon him the title of av hamon goyim (the father of many nations) and Avrohom is identified throughout Chazal as the embodiment of chesed.  It is the actions, character and values found in our avos that we must look to for inspiration and the blueprint for a meaningful life.

I believe I speak for many of us in stating that this year’s election cycle was an almost never-ending litany of drama, featuring passionately opposed politicians and supporters coupled with a barrage of media bias like no other in memory. Adding fuel to the fire was the disheartening rhetoric and dishonesty prevalent throughout social media and our national news sources, regardless of the candidate or political affiliation.  This year, more than ever, we witnessed news outlets sharing half-truths, even flat-out lies, solely to promote their agenda. Sensationalism outplayed accuracy, and bias prevailed over accountability. This breakdown of common decency seemed aimed at stripping away people’s dignity and illustrated a tragic collapse in our society with regard to how we treat those of opposing views and, more specifically, how we treat our fellow man.

To be human is to be flawed. Even the holiest of men and women who do their utmost to maintain the highest moral standard throughout their daily lives can suffer from making a poor decision, regardless of whether it was of their own accord or they fell prey to another’s malice intent. However, does a single flaw define one’s entire character while negating a lifetime of achievement or public service?

In America, our president must possess inordinate strength and wisdom balanced with genuine compassion and a desire to answer the call for help from those who are underserved and less fortunate. Above all else, when a president reveals his steadfast commitment to humanity, it humanizes all of us and reflects the greatness of Americans as one people. It’s human nature to believe things that jibe with our own beliefs. However, in this day and age, the endless plethora of misinformation at our fingertips can warp one’s opinion in the very worst way. We often take stories we read at face value, because the writer’s opinion validates our own. However, we all know that not everything we see or hear is true, and it’s up to us to be diligent in vetting stories that carry such magnitude.

With this in mind, I am compelled to retell a very personal story featuring the extraordinary kindness that Donald Trump showed to me and my family many years ago. I share this with the hope that it may inspire some readers to take a step back from the incessant negativity perpetuated by the media; to take a breath before reiterating another sensationalized headline that’s solely designed to distract, and learn the firsthand account of two parents whose desperate call to a New York icon on behalf of their critically ill son was answered without hesitation.

My history with Donald Trump began in July 1988. At that time, my wife and I had been living in Los Angeles for 5 years after moving here from New York. Our beautiful 3-year-old son Avraham Moshe was suffering from a severe lung condition.

When Avraham Moshe’s doctors found themselves at a loss to remedy his pain and suffering, I looked to my former home of New York with the hope that a set of fresh eyes could offer a chance at recovery. However, in order to pursue this,  we needed to fly my son across the country, but no private or commercial airline would do so due to potential liabilities, and our health insurance wouldn’t cover the cost. So there we were, with seemingly nowhere else to turn; but the thought of doing nothing was not an option. In the 1980s, Donald Trump’s fame was well-known to me, and well-known to most of the world. So when I once again awoke early one morning to the familiar sight of my son struggling to breathe, I decided to take a bold step. I picked up the phone and called Donald Trump’s office, spoke with him, and bluntly asked him to lend us his private plane for this mission of mercy. Without knowing me and without hesitation, he said yes.

A week later, Donald Trump’s 727 landed in Los Angeles and flew me, my wife, and my son along with 3 ICU nurses to LaGuardia Airport. We landed at sunrise and were greeted by our family members, as well as an army of reporters, on the tarmac. You must bear in mind that at this time, there was no social media or internet. Still, the news was out and the New York press was abuzz with the story of the famous entrepreneur’s generosity, with dozens of headlines such as “Trump to the Rescue of Tyke” and “On Two Wings and a Prayer.” Sadly, there was no new hope that could be provided to our son, and weeks later we returned home on the same plane. Though Avraham Moshe bravely battled for his life for years to come, he passed away just months shy of his bar mitzvah. Yehi zichro boruch.

While my son’s outcome was devastating, Mr. Trump’s enormous act of chesed rendered me forever grateful and gave me a unique insight into his character. Since that first contact, we were indelibly connected and remain so to this day. For almost 3 decades, I’ve dropped by his office to say hello, and not a year has passed without he and I exchanging wishes of leshana tova and ah gut yor. Those who know me both personally and in my role as president of Bikur Cholim in Los Angeles are aware of the fact that I’ve carried the impact of his kindness with me every day. However, for many years I had often wondered what personal impact this may have had on him.

In September of 2008, our country was in financial crisis, with major Wall Street firms failing, and individuals and families losing their savings, their homes, and their future. That year, the upcoming Rosh Hashanah was approached by many with trepidation and uncertainty. As was tradition, I made my annual call to Mr. Trump to wish him and his family all the blessings that we hope and pray for on the Jewish New Year.

Sometime thereafter, I received a package from the Trump Organization, in which there was a book titled “Think Like a Champion” authored by Donald Trump, accompanied by a handwritten note. Within the book was a chapter titled “An Early Thanksgiving,” where Mr. Trump recalled the moment our paths crossed and the lasting impression it had on him. He prefaced this with a poignant quote from Albert Schweitzer: “At times, our own light goes out and is rekindled by a spark from another person. Each of us has cause to think with deep gratitude of those who have lighted the flame within us.”

In this passage, Mr. Trump wrote, “On the day before the Rosh Hashanah holiday each year for the past eighteen years, I receive a message from a rabbi in Los Angeles. I am not Jewish, but have many observant Jews who work for me, so I am well aware of the holiday schedule and that Rosh Hashanah is their New Year, a time for celebration. I find his message of thanks to be especially resonant because he and his wife lost their son years ago, yet they call to remind themselves (and me) of the many blessings they’ve had in life. The reason the rabbi calls me every year is a wonderful example of the spirit of Thanksgiving.”

The chapter went on to describe in detail my call for help and his response, going on to share, “I had small children at the time and I immediately said yes to his request. How could I say no? I sent my jet out and brought the little boy and his parents to New York with the hope that doctors here might find a cure for the severe breathing illness from which he was suffering. His cure was not to be, but his parents have remained grateful to this day. I am always touched that they remember me. In these recent days of upheaval in our country, I found the rabbi’s yearly message to be an insight into a good way to handle difficult and even tragic times – to find a blessing in the midst of adversity. This family and their faith is a wonderful example for all of us, and I would like to thank them for their yearly reminder. We should realize that we all have a lot to be thankful for, whether it’s New Year’s, Thanksgiving, or just another Wednesday in our live.”

As I read his words, written with such clarity of the events, what struck me deepest was how moved he was by the gratitude of another.

Gratitude has no expiration date. Hakoras hatov is a fundamental Jewish principle and should never be abandoned for one’s personal agenda. Today, Donald Trump is our president-elect. What I know for a fact about this man is that he has consistently shown heartfelt gratitude for the blessings in his life, whether for his family or his accomplishments. This awareness is a much-needed quality in the leader of the free world, as it reflects a central understanding that life is precious, and we must remain grateful and empathetic to the struggles of others. Great leadership must include in its foundation a depth of kindness and charity. Regardless of one’s political leanings, it is my hope and prayer for our new president to lead us well, and that we as Americans can rise above the distractions that impede unity and find the best in ourselves and others to accomplish great things for all mankind.