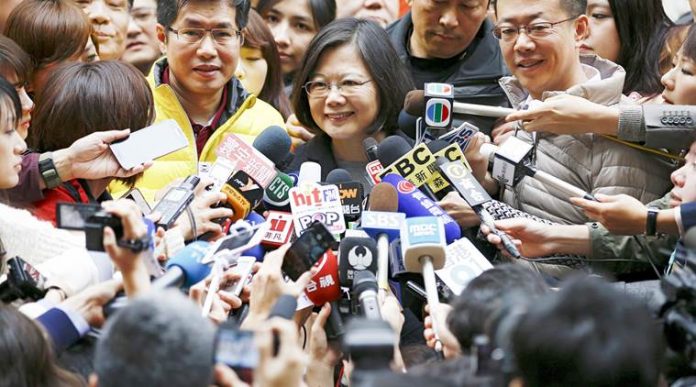 When he took a phone call that no U.S. president or president-elect has taken for nearly 40 years, Donald Trump had no intention of changing U.S.-China policy – at least not yet, said senior transition adviser Kellyanne Conway.

In response to Wallace’s question about whether the call signals a shift in the decades-long U.S. policy toward China (namely, that the United States doesn’t recognize Taiwan as a country, let alone talk publicly with its president), Conway said: “It signals the fact that he was accepting a congratulatory call.”

During an appearance on ABC News’s “This Week,” Vice President-elect Mike Pence characterized the conversation as simply a “courtesy call” and demurred when host George Stephanopoulos asked whether it signaled a break with the United States’ “one-China” policy.

On NBC’s “Meet the Press,” Pence said that, to his knowledge, neither he nor Trump had reached out to China in the aftermath of the episode, which he characterized as “a little bit of a tempest in a teapot.”

“I think most Americans and, frankly, most leaders around the world know this for what it was,” Pence said. “And it’s all part and parcel. I think you’re going to see in a President Donald Trump a willingness to engage the world but engage the world on America’s terms.”

Trump’s team seemed not to differentiate between the call with Taiwan – which had Chinese leaders fuming and left many U.S. diplomatic leaders stunned – and the dozens of other phone calls from world leaders he has received.

But most members of the U.S. diplomatic corps say there are potentially major consequences for a U.S. president or president-elect chatting with Taiwan’s leader.

Since the losers of a Chinese civil war fled to Taiwan in 1949, China hasn’t recognized Taiwan as a sovereign nation and is particularly sensitive about other countries doing so. To preserve increasingly valuable strategic and economic ties to China, the United States has tiptoed around Taiwan’s sovereignty for decades. It broke off diplomatic ties with the island in 1979, recognizing Beijing as representing China – what is called the “one-China” policy.

Elsewhere Sunday, Conway continued her battle with Hillary Clinton’s former campaign manager, Robby Mook, over pretty much everything about the election.

Both spoke with CNN’s Jake Tapper on “State of the Union,” just days after Conway and Clinton advisers got into a shouting match at a traditionally civil election postmortem at Harvard University.

On Sunday, they got into it about the effect that Sen. Bernie Sanders’s primary challenge to Clinton had on the general election.

Mook said the campaign considered Sanders as a vice presidential running mate and reiterated that he was responsible for turning out droves of voters in the general election.

“I’d also like to publicly thank Bernie Sanders for his effect on our campaign,” she said. “He softened up Hillary Clinton.”

Mook also asserted that Clinton’s campaign was hurt by FBI Director James Comey’s letter to Congress days before Election Day. The letter said the agency was examining additional emails relevant to the investigation of Clinton’s use of a private email server while she was secretary of state. Mook called the letter “unprecedented” interference.

But Conway fired back that Trump’s campaign was hurt even more by the release of the 2005 “Access Hollywood” video, in which Trump is recorded on a hot mic making disparaging remarks about women.

“That incident affected Donald Trump’s numbers much more significantly than the Comey letter,” Conway said, adding, “And early voting wasn’t underway as much” at that point.

She said Trump’s team scrambled to respond to the video’s release.

“We were in debate prep and one of the members of the team came in and took us out,” Conway said. “We didn’t have the tape at the time. We had the transcript. Donald Trump decided that he wanted to put out a video apology. He did that night.” 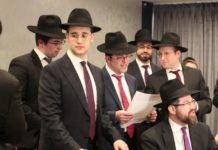 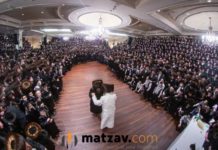