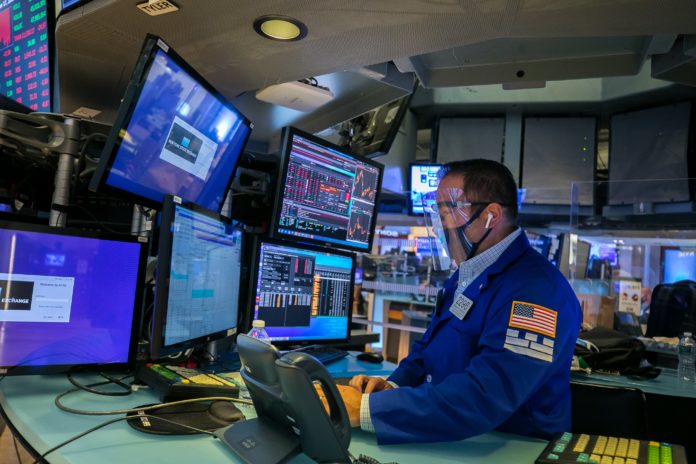 A new, possibly more infectious coronavirus variant, with an unusual number of mutations, had scientists sounding the alarm, countries moving to impose travel bans and financial markets tumbling on Friday, as the world feared another setback on the long road out of the pandemic.

Major questions remain about the variant’s transmissibility, whether it might make people sicker and whether it might be able to evade vaccines, but Susan Hopkins, chief medical adviser to Britain’s Health and Security Agency, warned that the new variant found in southern Africa is the “most worrying we’ve seen.”

The variant, known as B.1.1.529, was first detected in Botswana, but scientists in South Africa convened a news conference Thursday and said they had linked it to an exponential rise of infections in their country. Cases have also been identified in Hong Kong and Belgium, Israel and other countries.

By the next morning, the Dow Jones industrial average plunged about 900 points, the S&P 500 index fell 1.5%, and the Nasdaq composite index was off 1.1%. Crude oil prices tumbled as well.

“Our view is very clear,” Dana Spinant, deputy chief spokeswoman for the European Commission, said at a news conference Friday. “We need to act very fast, we need to be vigilant, and we need to take all measures that are appropriate at this stage to prevent this virus from entering Europe.”

Anthony Fauci, the top U.S. infectious-disease official, said banning flights to the United States from southern Africa is a “possibility,” but that a decision has not been made yet.

“There is always the possibility of doing what the U.K. has done, namely block travel from South Africa and related countries,” Fauci said Friday morning in an interview on CNN. “That’s certainly something you think about and get prepared to do … But you want to make sure there’s a basis for doing that.”

Top South African health officials said they began researching the possibility of a new variant when they discovered a fast-growing cluster of cases in Gauteng, the country’s biggest province. They said they wanted to announce the new variant to prevent further spread – and scientists around the world noted that the strain was detected far earlier than officials discovered the delta variant, which was first detected in India and soon spread all over the world.

But South African health officials decried the world’s reaction as “knee-jerk” and unjustified, saying South Africa should not be “punished” for making this discovery, particularly when it is still unknown where the virus originated.

South African Health Minister Joe Phaala said there is no evidence yet that vaccines wouldn’t prevent severe illness if someone contracts the new variant. In South Africa, just 25% of the population is vaccinated and officials said the vast majority of people hospitalized continue to be unvaccinated.

“This kind of knee jerk reaction, really does not make sense,” said Joe Phaahla, South Africa’s health minister. “Many of these countries that are coming with this draconian reaction are battling their own fourth wave.”

Even before the latest variant emerged, Europe was already applying new lockdowns and travel restrictions for unvaccinated residents in an attempt to contain a surge in coronavirus cases. Reported deaths in Europe reached nearly 4,200 a day last week – twice the number since the end of September, according to the World Health Organization, which counts 53 countries as part of its European region.

The WHO said it is monitoring the new variant but still does not know much about it.

If the international health group determines that it is a variant of concern, it will give it a Greek-letter name, such as the delta variant.

It said it would advise countries on actions they should take after scientists convene Friday.

Yet that is exactly what many countries are doing. Starting Friday, non-British citizens will be banned from entering the U.K. if they have been in Namibia, Lesotho, Botswana, Eswatini, Zimbabwe and South Africa in the past 10 days.

British and Irish residents who have traveled in those countries in the last 10 days will have to quarantine in a hotel upon arrival in Britain.

The number of mutations of the new variant and their location have scientists on high alert, fearful that the changes could make the new strain more resistant to vaccines, more transmissible or cause more serious illness in more people.

“This new variant of the covid-19 virus is very worrying. It is the most heavily mutated version of the virus we have seen to date,” Lawrence Young, a virologist at Warwick Medical School in Britain, told science journalists. “This variant carries some changes we’ve seen previously in other variants but never all together in one virus. It also has novel mutations that we’ve not seen before.”

He said that while it was only present at relatively low levels in South Africa, it appeared to be spreading rapidly.

Hopkins, one of Britain’s top chief medical advisers, told BBC Radio that South Africa had a very low level of cases at one point and then “in a shorter period than two weeks they have more than doubled their epidemiology picture.”

Britain maintains a world-class system of laboratories to detect and study the genomes of coronavirus variants and modeling groups that forecast potential spread. The southern African strain has not been found in Britain yet.

Israel imposed a travel ban covering most of Africa after the detection of the new variant, according to Reuters. “We are currently on the verge of a state of emergency,” Israeli Prime Minister Naftali Bennett said.

India on Thursday alerted all states to the new variant, advising them to test and screen everyone traveling from and transiting through the “at-risk” countries of South Africa, Botswana and Hong Kong. India earlier this month had opened its borders to vaccinated international travelers after more than a year and a half.