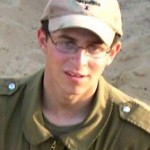 During the counting of votes of soldiers today, dozens of ballots were found to bare the name of kidnapped IDF soldier Cpl. Gilad Schalit. According to reports, one also carried the note, “Gilad Shalit – until when?” while another urged “return Gilad Schalit.”

According to the elections committee, the ballots would be declared invalid.