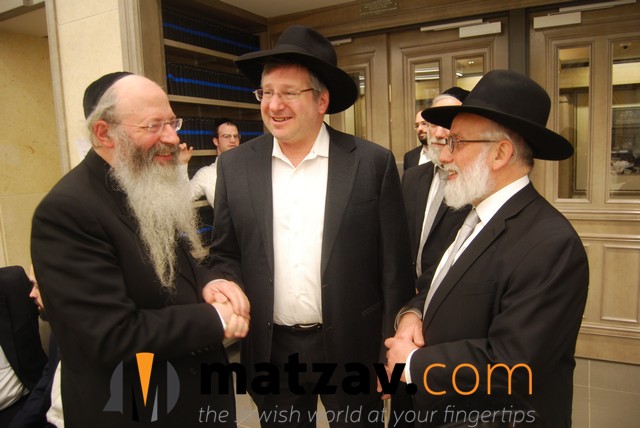 A prominent Republican donor is voicing his disapproval of a campaign led by top Republican donors to deny Donald Trump the 1,237 delegates necessary to secure the Republican presidential nomination, Jared Sichel and Jacob Kornbluh report for the Jewish Insider and JEWISH JOURNAL.

On March 1, Our Principles PAC, a group that has been attacking Trump in the early primary states, held a conference call with top Republican Party donors to rally support for the anti-Trump effort, and Dr. Casriel Roberts, who backed Scott Walker before he dropped out of the race, and has financially contributed to Ted Cruz, Marco Rubio, Chris Christie, and Rand Paul, took issue with the anti-Trump strategy on the conference call.

JEWISH JOURNAL reports that in an email correspondence with Jewish Insider, Roberts said he was “dismayed” by what he heard on the conference call in regards to the proposed themes of the group’s ads, especially in Florida. Roberts said that after the conference call, he sent an email to one of the participants telling him that he was surprised by the “disingenuous” discussion that he had heard.

Roberts told Jewish Insider that it is clear there is an anti-Trump “smear campaign” that is being waged broadly across the media that has grown to a fevered pitch in an attempt to hit Trump with a “tidal wave” in a “frenzied attempt” to destroy Trump before Tuesday.

“These attacks are also disingenuous,” he asserted. “Leftists attempted to disrupt Trump’s rallies, denying him his right to free speech. But the press, pundits, and primary opponents turn these cases into smears claiming that Trump is responsible for the fights that have broken out. Pundits keep claiming that Trump is destroying the Republican party, but it is they who are destroying the Republican party by trying to deny the groundswell of grassroots voters their overwhelming choice.” Read a full report at JEWISH JOURNAL.