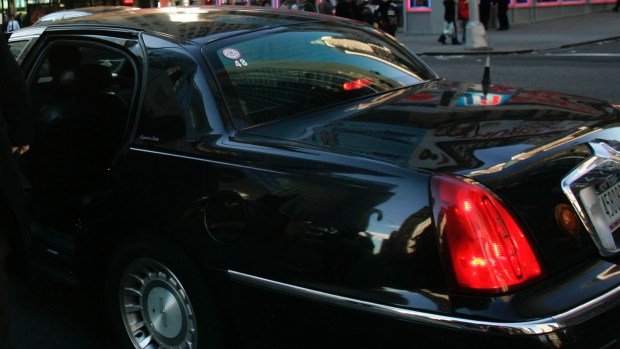 Silicon Valley startup Drive.ai Inc. plans to roll out a small network of self-driving cars this summer that can be hailed using an app, making it one of the first such services available to the general public.

The ride-hailing app will initially cover a slice of Frisco, Texas, and will be available in July, the company said. The program’s vehicles, Nissan NV200 vans, are painted bright orange and have visible sensors as well as four screens that tell pedestrians what the car is thinking, such as “Waiting for You to Cross” and “Passengers Entering/Exiting.”

Drive.ai declined to say how many cars will be part of the project. As of Nov. 30, the startup had seven vehicles licensed for autonomous operation in California.

Alphabet Inc.’s Waymo, Uber Technologies Inc. and other autonomous-vehicle operators have been testing similar programs with select riders. Waymo asked people in Arizona to apply for access to free rides last year and approved hundreds of residents in parts of the greater Phoenix metro area, including Chandler, Gilbert, Mesa and Tempe, Arizona. Uber’s self-driving car tests have been grounded since March, when one hit and killed a pedestrian in Tempe.

Like Waymo, Drive.ai rides will be free, and the cars will only operate between predetermined pickup and drop-off spots near a few Frisco office complexes and the Star, which is the headquarters of the Dallas Cowboys. The service is limited to residents, employees and patrons of the buildings in the program.

Riders won’t be alone: The cars will have either safety drivers or chaperones riding in them at all times.

Drive.ai was founded in 2015 by a group of scientists who had worked together at Stanford University’s Artificial Intelligence Lab. One of Drive.ai’s directors, Andrew Ng, ran the Stanford lab before leaving to oversee artificial intelligence projects at Google.