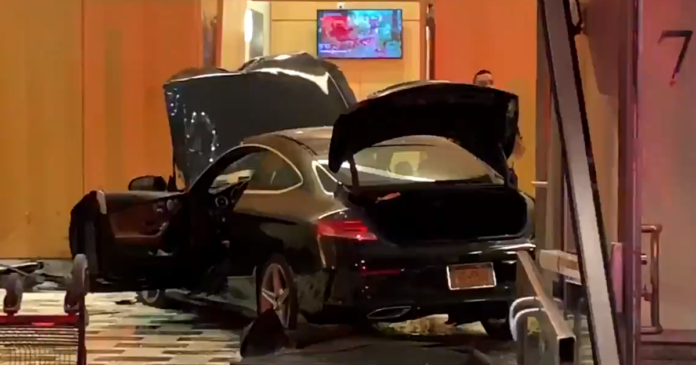 The driver who crashed his Mercedes-Benz into the lobby of Trump Plaza in New Rochelle, hitting a concierge, told cops he “blacked out” before the mishap, according to a report.

The 63-year-old from Larchmont was driving north on LeCount Place about 8:45 p.m. Tuesday and planned to make a left onto Huguenot Street – but went through the traffic light and into the building, The Journal News reported.

He had no signs of impairment and appeared to suffer a medical condition that contributed to the crash, cops told the news outlet.