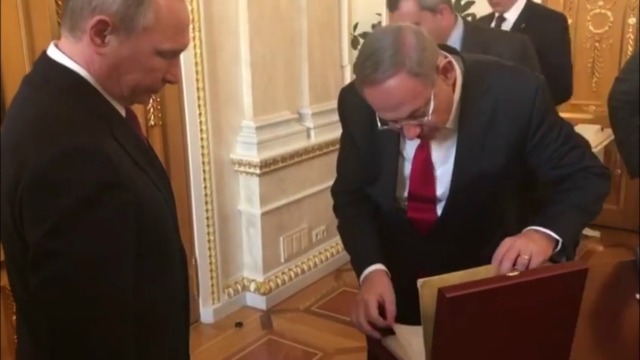 The copy given to Netanyahu at the Kremlin on Thursday was printed in Italy in 1526.

The Israeli prime minister said he was “moved” by Putin’s gesture.

The Jewish War is an account of the Great Revolt — the uprising of the Jews of the Judea Province against the Roman Empire in the first century CE.

“This is without a doubt an important book in the historical heritage of our people,” Netanyahu said. “This book greatly influenced my beloved father, Professor Benzion Netanyahu z”l, and I read it for the first time when I was 16.”

Netanyahu further stated that Putin’s gift would be handed over to the National Library of Israel.

Watch a video of Putin presenting the book to Netanyahu below: