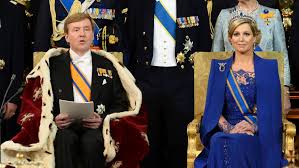 King Willem-Alexander revealed in an interview with De Telegraaf that he recently ended a role as a regular “guest pilot” after 21 years on Fokker 70 planes operated by KLM’s commuter division, Cityhopper, and before that on leisure carrier, Martinair.

He will now retrain to fly Boeing 737s as the Fokkers are being phased out of service.

While it is no secret that Willem-Alexander is a qualified pilot who sometimes flew KLM passenger flights, it was not clear how frequently it happened. De Telegraaf said he does it twice a month.

The 50-year-old father of three and monarch to 17 million Dutch citizens calls flying a “hobby” that lets him leave his royal duties on the ground and fully focus on something else. Read more at NBC.