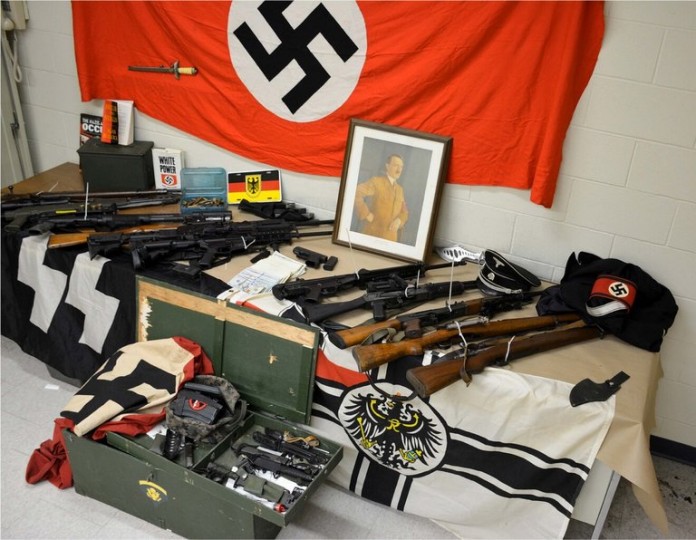 Police in Long Island on Thursday arrested a man whose home was found to store bomb-making instructions, assault rifles, a portrait of Adolf Hitler and $40,000 in cash. The man, identified as 29-year-old Edward Perkowski, faces weapons charges for the arsenal, as well as drug charges for marijuana and mushrooms.

Suffolk County police said they believed they may have prevented an Orlando-style mass shooting by arresting Perkowski, noting that they had “neutralized a clear public threat.” Perkowski was described by fellow residents as perpetually being in trouble with the law.
Read more at The New York Times.