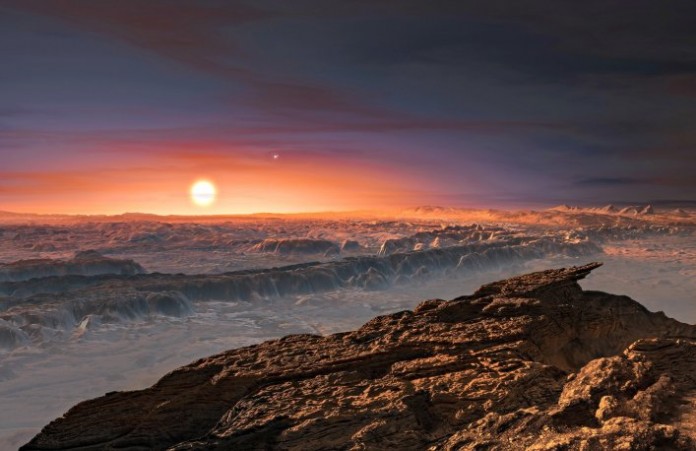 >>Follow Matzav On Whatsapp!<<
In an article published by Nature World News today, researchers announced the discovery of a new “Earth-like” planet orbiting a star not far from our sun. The planet has not been named yet, but was found circling the star Proxima Centauri—a “cool, tiny red dwarf” scientists have long suspected might be capable of having a planet in its orbit.
The unnamed planet, known as Proxima b, is reported to orbit within Proxima Centauri’s “habitable zone” and is a only a short distance of 4.25 light-years away from Earth.
Scientists estimate the planet receives enough radiation to retain a surface temperature of around -40° Fahrenheit. Based on what is known about other red dwarf star planets, Proxima b is likely rocky and has one side constantly left in darkness. Scientists are unsure whether it is in fact capable of supporting alien life, but it is believed it could have a surface “capable of holding liquid water” and sustaining life forms. Read more AT THE WASHINGTON POST.
{Matzav.com}