The Committee for the Sanctity of Shabbos launched a new effort recently, focusing on Yerushalayim’s Machane Yehuda market.

Ads published in chareidi newspapers called on the public not to visit the market on Fridays an hour before the beginning of Shabbos so as not to cause the merchants to be mechalel the holy day.

Under the title, “An emotional appeal,” the committee members wrote that “many buyers arriving just before the candle lighting time make the store owners to close their shops after the sirens have already announced the start of Shabbos.

“(The merchants) still have to reach their destination, not to mention the fact that some of them live out of town. Our leaders have instructed us to make it known that buyers must complete their shopping at Yerushalayim’s Machane Yehuda market and leave the premises an hour before the beginning of Shabbos.”

It should be noted that shoppers arriving at the market just before Shabbos are of a low socioeconomic status, and do so in an attempt to buy products for cheap prices before the stores close.

The market workers’ committee was unhappy with ads. According to committee member Eli Mizrachi, the appeal to the public is exaggerated. “No one is desecrating Shabbat at the market and most people who live here are traditional and observe Shabbat. I, for example, close at 2 pm. An hour before Shabbat the merchants aren’t even here. Last Friday at 4 pm, 95% of them were already gone.”

According to Mizrachi, the shoppers have no reason to arrive at the market in the late afternoon hours as there is no price reduction before Shabbos. “The greengrocers have begun keeping the remaining goods in refrigerators for Sunday.” 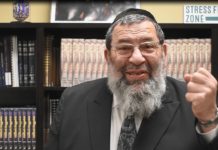