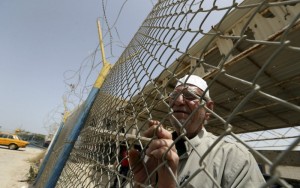 The Egyptian military is planning to build a moat along its border with Hamas-ruled Gaza that will be used for the dual purpose of encouraging fish farming and preventing Palestinian smuggling tunnels.

According to an Egyptian security source, the military has already dug 1 kilometer (six-tenths of a mile) of the 20-meter (66-foot) deep trench, and work on lengthening it is ongoing, the Ma’an News Agency reported. The trench will be filled with water from the Mediterranean Sea, using pumps and pipelines, and engineers are already preparing the pumps, the source added.

Over the past year, the Egyptian military has demolished more than 1,110 homes on the Egyptian side of the Gaza border to create a 1-kilometer buffer zone, while also destroying hundreds of smuggling tunnels.

Israeli and Egyptian officials have previously touted the idea of creating a moat along the Gaza border. In 2004, Israel floated the idea of a moat, but eventually dropped the plans. Egypt hopes that using commercialized fish farming will encourage investment to help subsidize the project.