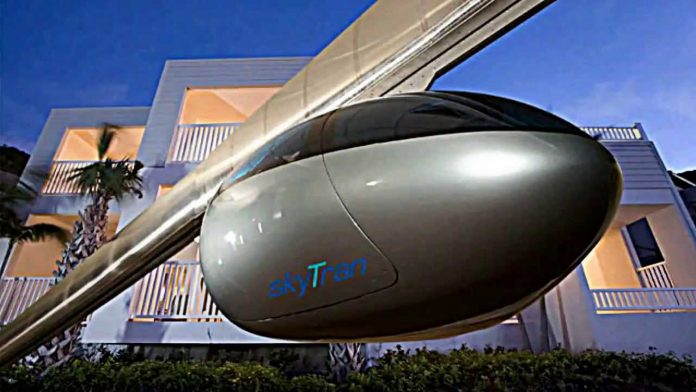 US company skyTran has signed a memorandum of understanding with Eilat to build a Jetsons-style elevated rail system that will cross Israel’s southernmost city to the newly opened international Ilan Ramon airport, a senior official at the firm said.

“The system will go down to Taba [border crossing with Egypt] and around the hotel area,” said skyTran co-founder Thomas Curran in a phone interview. “The city has a problem with traffic and this is the most viable solution. We are hoping to already start putting poles in the ground this year, but we still need to get approvals from the transportation and finance ministries in Israel. ”

This is the fourth agreement the startup has reached with an Israeli city, after last year skyTran — which has received investments from former Google chairman Eric Schmidt and India’s Reliance Industries — got the nod from the city of Netanya to operate the elevated rail transport system between the Sapir railway station and the Kiryat Nordau neighborhood, over coastal Route 2.