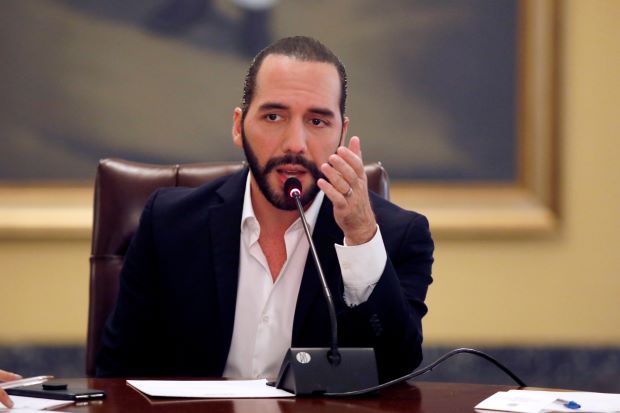 El Salvador’s President Nayib Bukele said his country bears responsibility for the recent drowning deaths of a father and his toddler daughter who had been attempting to cross into the United States, saying that security and economic hardships he inherited are driving people to make the perilous journey.

The shocking photograph of Óscar Alberto Martínez Ramírez and his 2-year-old daughter, Valeria, lying face down and embracing on a shallow bank of the Rio Grande provoked a renewed backlash against stringent Trump administration policies last week.

Bukele told the BBC on Monday his country was to blame for the conditions that led Martínez and Valeria – along with thousands of others – to flee El Salvador in the first place.

Poverty, violence and a lack of access to education and health services have made life in the small Central American country so unbearable for some of its citizens, Bukele said, that they feel they have no choice but to leave it.

“We can blame any other country, but what about our blame? What country did they flee? Did they flee the United States? They fled El Salvador, they fled our country. It is our fault,” he said.

Martínez and his wife, Tania Vanessa Ávalos, hoped for better economic opportunities in the United States that would allow them to buy a home to raise their daughter in.

The family traveled to Matamoros, Mexico, where they were told an international bridge was closed. Martínez decided to attempt a river crossing with Valeria, but the swift waters of the Rio Grande ended their dream of a new life in the United States. Their intertwined bodies were discovered on the river bank on June 24, and photographer Julia Le Duc snapped a photo that quickly circulated around the globe.

The photo drew condolences from politicians, humanitarian organizations and the Vatican. It also sparked condemnations of Trump’s migration policies, which limit the number of asylum seekers who can apply for refuge in the United States each day. That policy, known as “metering,” has prompted some to risk more dangerous paths into the country instead. The Border Patrol recorded 283 migrant deaths at the southern border last year.

For Bukele, who took office on June 1, the photo of Martínez and Valeria provided an opportunity to burnish his image as a reformer. The 37-year-old campaigned for El Salvador’s presidency as a millennial change-maker and political outsider who would usher in a “new era” for the country. He has promised to fix the problems that trigger migration – pledging to promote education and social programs to prevent young people from joining gangs, to create jobs in rural areas and to tackle corruption.

While accepting blame for the deaths of Martínez and Valeria could boost his political capital, it could also put pressure on Bukele to follow through with proposals to address problems he has blamed on predecessors he’s accused of corruption.

He also denounced the treatment of migrants in the United States.

Bukele had previously vowed to reset ties with the United States, which he has described as El Salvador’s “natural ally,” but the relationship between the two countries has become more turbulent in recent months.

Trump announced in March that he would cut aid to El Salvador, Honduras and Guatemala, which he accused of purposefully sending “caravans” of migrants to the United States. The State Department has since restored some of that funding.