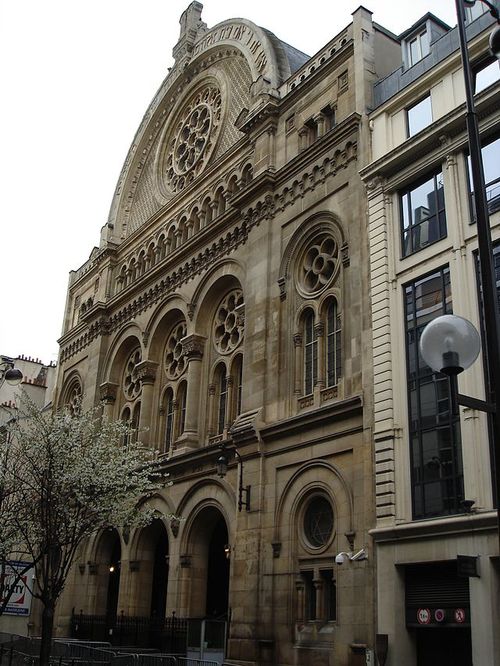 An 84-year-old Jewish woman is suffering from severe trauma after a concrete slab was hurled through a ground-floor window of her home in a suburb of Paris.

The National Office for Vigilance Against Antisemitism (BVNCA) — an independent Jewish communal agency that works with victims of antisemitism — reported that the outrage occurred on Monday.

The woman, who has not been named, was watching television in her living room when the object smashed through a glass window.

The woman was not physically hurt, but she was “deeply shocked and remains traumatized,” the BVNCA said.

The BVNCA identified the attack as antisemitic because the woman kept a visible mezuzah on the front door of her residence.

The agency added that the woman had now filed a complaint with the police.

Without divulging details, the BVNCA said it had heard from a witness to the attack that the perpetrators were “European types … probably affiliated with the leftist movement and the anti-Israeli BDS.” The Algemeiner was not able to verify this claim independently.

The victim’s home is located in Gagny, a suburb to the east of Paris that contains both a Jewish community and a larger Muslim community. Many elderly Jews in Gagny and similar neighborhoods have faced antisemitism on a consistent basis, ranging from verbal abuse to physical violence.

In the last three years, two elderly Jewish women in Paris — Sarah Halimi in 2017 and Holocaust survivor Mireille Knoll in 2018 — have been murdered in their own homes by intruders allegedly motivated by hatred of Jews.

Interior Ministry figures published in January showed that antisemitic acts in France increased by 27 percent in 2019, following a leap of 74 percent the previous year. While Jews make up less than 1 percent of the overall French population, they were nonetheless the target of more than 40 percent of hate crimes, according to data gathered by the community’s security agency.