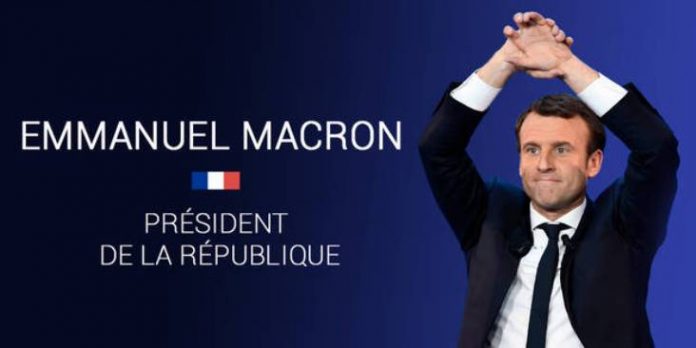 Emmanuel Macron was elected as the next president of France on Sunday, handily defeating far-right populist Marine Le Pen with around 65 percent of the vote, according to preliminary results. Macron was the projected favorite in the race, and despite low turnout he appeared to defeat Le Pen in a landslide. Le Pen has conceded to Macron.

Macron’s campaign was thrown into chaos late Friday when it announced just before a moratorium on campaigning that it was the victim of a cyberattack. But the leaked emails did not seem to have an effect on the race, and French media were unable to report on them in the hours before the vote. Macron, 39, received the endorsement of former U.S. President Barack Obama, while Marine Le Pen was backed by Russian President Vladimir Putin and other nationalist political leaders across Europe. Le Pen has proposed taking France out of the Eurozone, European Union and NATO, while Macron, who has never held elected office, is firmly pro-EU and anti-Putin. Macron was previously a minister in President Francois Hollande’s deeply unpopular government. Read more at THE DAILY BEAST.