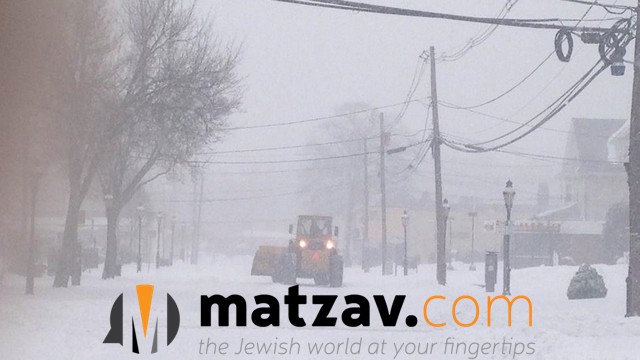 Maneuvering emergency response vehicles and ambulances around the community will become more challenging over the next few days.

As people begin to shovel snow into the streets, move cars out of driveways and drive non-snow friendly vehicles around the community, streets may become even more impassible. As you begin to dig out, please do not block streets further with snow and vehicles.

Please make sure that you leave enough space for emergency vehicles to pass.

During this storm, Hatzolah’s challenges have been overcome due to the help and dedication of its many responders, dispatchers and service units. In addition, many outside of Hatzolah have assisted in our emergency response efforts.

Our many thanks to our Shabbos snow removal team: John, Jorge, Fransisco and Horhay.

Thanks to Eli Harris and Chaveirim for their snow assistance.

Thanks to the responders, dispatchers and service units for keeping every call answered and for going beyond their call of duty during this difficult storm.